Ten grandchildren later we finally have in our family the first member to join the Boy Scouts; befittingly his name is Adam.

Making it somewhat eventful, the primary school of this standard four boy was selected to be present at what was supposed to be an international jamboree; and of all places it was held a week ago at a sizable permanent Boy Scouts campsite in Kuala Terengganu, merely 12 Km from our home. Like our Nuri (of last posting) this well-equipped site faces the same stretch of South China Sea. If we take a small fishing boat and skirt around the coast past the sea end of KT airport runaway, we would come to this campsite. One of those English channel ( 32 km across to Calais ) swimmers could do a return trip without much effort. 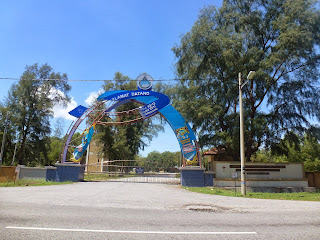 
This being a sort of family’s historic event and the site being so close to our home, the aged grandparents from Nuri drove the short distance to wait for the arrival of the coach bringing our Adam. Finally, after seven hours on the road, the group of about thirty boys and girls from Sekolah Kebangsaan Bukit Damansara arrived to join the few hundred boys and girls of similar age from different parts of Malaysia and neighbour 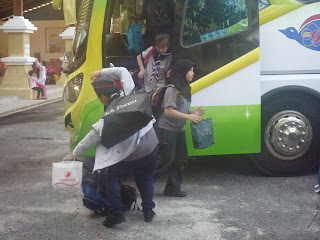 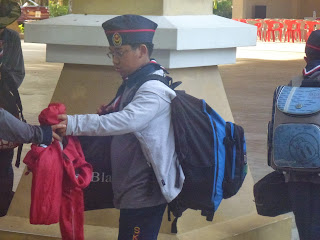 Not to be outdone, Adam’s mother flew in from KL early the following morning. We waited at the airport and drove her straight to the camp site, hardy 2 Km away. We could not help sensing the boy’s embarrassment that his friends would know the presence of his mother and grandparents. For that reason we tried to remain inconspicuous. 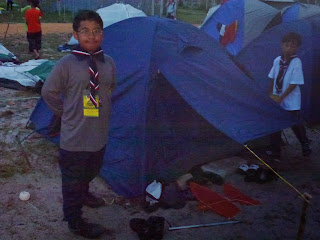 The two days and two nights of gathering must be quite an experience for these children to mix and participate and compete in various indoors and field activities. Their spirit did not seem to be dampened by rain which came down both evenings  - heralding the arrival of Monsoon season. Adam had to be thankful to see us the following morning to tell that he had lost his towel and soap after his first shower, and he had to share a friend’s! 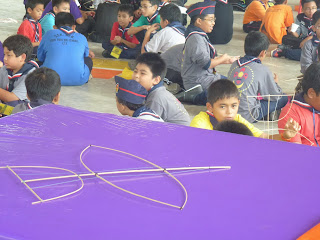 We make our own kites 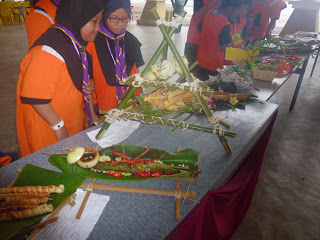 Our dishes are god enough for competition 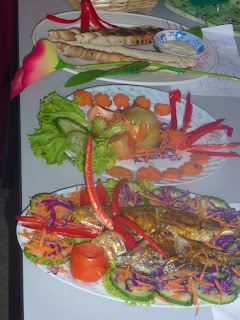 We can be creative given the chance 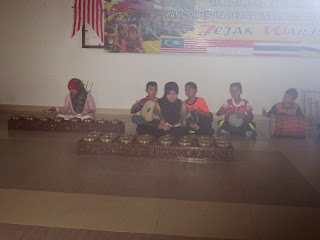 And as we begin to talk less of the excitement of Adam’s first field experience, he is now talking about the next gathering in Johore Bahru. I can imagine the exodus of Pakcik’s clan down south. After all, Makcik’s father died and was buried there and Adam’s father hails from that part of the world as well. There is, obviously, every reason for them to visit the place on top of another Jamboree! 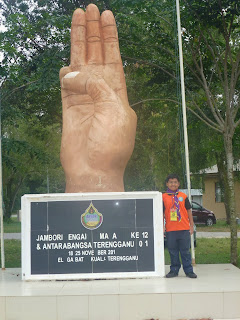 Dear Pakcik,
Uniformed units were a great experience. Was never a scout but had seen plenty of action with live bullets and other military stuff at school before. Grand designs if one participates in group activities. Must be lots of fun for Adam not realizing the support given. Thanks for sharing!

Salam dan selamat menyambut Awal Muharam. Your scout story is down to us and a sincere appreciation to the scouter from his elder. It's not often you see or hear of our youth active in such activity.Congratulations.

Oop " It was down to earth" and how we may pick on the wrong key.

Pokcik Hassan, thanks for sharing this. I was in the Scout movement all throughout my schooling years in the Abdullah School Kuantan and became a Queen Scout in 1957 before independence. Scouting teaches leadership and the skill and knowledge would be useful for life.


Have a nice day.

You were more more than just boy scouts; the real things, uniforms,real bullets and all. You could not get int that school without satisfying their stringent requirements. One of my boys was called for interview at Sungei Besi but rejected simply because of glasses!

I wish I were a boy scout or the Red Cross of those days. At least I would know how to tie a knot properly. I remember marvelling at my classmates proudly showing their knot-tying skill.

Salaam and selamat menyambut Maal Hijrah to you as well.

A Queen Scout. I suppose you had to graduate from Boy to Queen. That is terrific. Now I understand your current active life style. I can never do half of what you have been doing.

Thank you for turning up as you usually do.

As Salam Pak Hassan. Thank you for your comments in my blog. I appreciate it so much.

Your Adam is 1 year younger than my Adam, but I think they are about the same size. My Adam is a scout too, but I guess he is not doing quite well in his activities, thus he has never been given any opportunity to join any event beyond the school's gate. He is fine with it though. He always pats my arm and says : Mama, dah usaha, dah doa, now kita redha je. I wish I can be as calm as he is. Hahahahaha. Thus, congratulations to your Adam, Pak Hassan.

Your Adam sounds an intelligent boy, expressing himself like an a adult. You are lucky.

I may not comments on postings about food, recipe, etc. That is outside my expertise. But I do visit and look at pictures.