They Have Done Themselves Credit
Almanar takes great pleasure to congratulate twenty odd Form III pupils who sat for their PMR examination at the end of 2002. They formed the third group to join Almanar at Form I for the special classes in English and Mathematics and for general guidance in other subjects.

The group passed with 100% A grade in Mathematics . Half of them obtained grade A in Bahasa Inggeris, grade B for the rest.. One candidate obtained 9A’s, three 8A’s and three 7A’s. To appreciate the height of achievement of this group of pupils one must take into account the level of their earlier generally average-to-low UPSR performance.

On the basis of their performance in the recent PMR examination, a surprising number of 17 of them have left their very ordinary Sekolah Menengah to start their new hostel lives at the following centres :

The above performance and that of previous groups associated with Almanar justify our conviction that the lack lustre UPSR results among many pupils do not necessarily reflect their true academic potentials. Many are victims of circumstances and environments, and they, therefore, deserve to be accorded a second chance. For their determination and hard work, and now that they are being given a second chance to continue excelling themselves, we wish all these boys and girls success.

Those who have opted to remain at their old school :

Early 1997 a small group of students , the pioneer group, joined Almanar as Form One students for our special English and Mathematics classes.Three years later this group left us and their original primary school to join other secondary schools , day as well as residential schools in the country . Today, with a sense of gratitude and pride , we offer our congratulations to this pioneer group who have successfully passed their SPM examination held at the end of 2001. One student, a girl, went as far as obtaining 7A1's and 1A2 ; and others with 7, 6A's and so on. We would like to feel that we did give them something while they were with us during their foundation years.

It is even more rewarding to us that thus far one has left to join the Metriculation course at MRSM college, Kulim, aspiring to be a doctor. Three others have left to join a similar course at the more enviable MRSM college, Banting, two also hoping to ultimately join medical courses and one engineering. We are hopeful that shortly the rest will also be offered places for further studies.

Pressure on our daily schedule and the need to offer more places for Secondary School pupils have forced us to reduce the intakes from Primary schools. Almanar is now running four classes for pupils of Form One to Form Three with a total enrolment of about 80 pupils. The recent SPM results have given a clear indication that emphasis at these three levels optimises our current limited capability.
Posted by Al-Manar at 7/20/2006 03:58:00 pm No comments:

In May 2001, Almanar is running classes with a total enrolment of about 130 students.
The exact number varies slightly from time to time resulting from voluntary
or forced withdrawals and new intakes. A few do find it tough to conform to
the strict academic demand here. To maintain an acceptable high standard Almanar cannot compromise. Those few will leave or have to leave.
The breakdown of the current classes is as follows :

A small number of students who joined before 1997 , that is before the construction of the school building proper, are already in several universities and colleges. While those who joined Almanar in 1997 (Form 1) and studied until 1999 (Form 3) will be sitting for their SPM examination in December this year,2001. They are now in their Form 5 in various secondary schools in the country, some in full boarding schools.

Almanar Trust The Almanar Trust (Amanah Almanar) was established in 1994 by the family of Hassan Abdul-Karim from Kuala Terengganu. The aim of this small private body is to provide academic support to deserving individuals who have slipped through the formal channels due to various circumstances. With this goal, help is given to students from the primary and lower secondary levels. 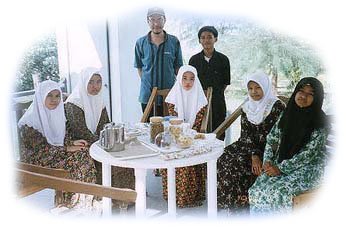 In certain areas like Batu Rakit and Mengabang Telipot, there are many Form 5 students who do not have the capability to achieve sufficient grades in the SPM to take them further to Universities. Their grades certainly do not allow them entry to study medicine or technical degrees. The root of their failure lies in their weakness in key subjects especially English and Mathematics. This weakness is not due to the students' lack of intelligence, skill or desire to succeed. For most, it is the absence of proper guidance and teaching of the fundamentals of these subjects. This weak foundation at the Standard 6 level aggravates any chances of a strong understanding of these subjects at Form 1 and beyond. The situation is made worse when they are left to the mercy of a class of weak students and delinquents. Although they excel in other subjects, they are denied the chance to further their education in the fields which they are more capable and interested in, because they have not achieved the level required in English and Mathematics. Therefore during the initial stages, Almanar focused on the plight of students such as these. At the end of 1996, a building was erected to the name of Almanar. It has four classrooms, the biggest of which could contain up to 30 students. In addition to supporting the two main subjects, English and Mathematics, Almanar also houses reference books for all the other subjects, novels, selected magazines, a computer and overhead projector. The students are encouraged to use and take ownership of the facilities. There are those who have finally found a conducive studying environment which they did not have previously. For the fraction of students who are willing and talented but are hindered by financial means, assistance is given by Almanar in the form of bicycles, medical help etc. Challenges One of the two main challenges has been the reliance on just one person to provide all the support. At the beginning of 2001, there are over 140 students who require attention, everyday during the morning and afternoon sessions. The number of students is expected to grow. To address this issue, steps have been taken to get cooperation from centers of higher learning in the local area, including Univesiti Kolej Terengganu, Teaching College etc. Assistance in the form of more educators will allow Almanar to broaden its teaching scope to include subjects other than English and Mathematics. 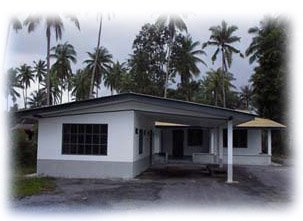 The second challenge and the more difficult of the two, is trying to get total commitment from the students to give their best under the guidance of Almanar. It is difficult to convince them, including their parents, to fully utilise the free facilities provided by Almanar. The First Chapter In the middle of 1997, a group of 20 students were selected from a local secondary school. Selection was made by the teachers based on their potential and relatively good UPSR results from Standard 6. Unfortunately, this pioneering group dwindled to 10 by the time the PMR exams (Form 3) were taken in 1999. They had been with Almanar for two and a half years studying English and Mathematics. Three students were also replaced during that time making a total of students who had quit or stopped due to the lack of commitment to 13. Despite this, the results of the remaining students were encouraging. Eight of the ten students attained A's for Mathematics. In English, 4 achieved A's and 4 achieved B's. This resulted in 8 of them being awarded places for full boarding schools starting from Form 4. However, only 6 accepted the offers. With these results, support is no longer necessary beyond Form 3. They now have the proper foundation to succeed at higher levels of the subject. The headmaster of the school acknowledges the positive impact that Almanar has had on these students. Heads and teachers from many of the local schools now play an active role in selecting and promoting their students to the services provided by Almanar. 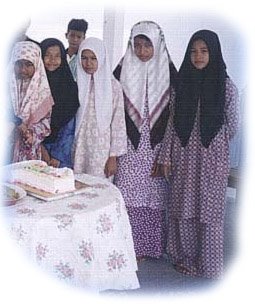 Onwards From this initial effort, Almanar has carried on taking students annually from Form 1. From experiences gathered in the last three years, students from Standard 4 are now being admitted to Almanar. This new approach, earlier into their academic life, will provide them with an even more sound foundation in English and Mathematics. In September 2000, 40 students from the said level was selected. Almanar is still changing and evolving. Its strengths and weaknesses are constantly evaluated, providing the future direction of Almanar's growth.