End of the tunnel (Pt 24) - Serving the community

My 'little' girl no more

Five months ago I posted my Part 23 of this series, my favourite series where I sketch out briefly the passage travelled by a selected number of those who studied at Almanar. Their ability to free themselves from the life of hardship, through education, has been the source of my inspiration to move on against some very frustrating moments.  Writing about these children, how once they were, gives me a chance to reminisce with satisfaction, and convince my aged self that money does not buy what love and caring can.

A week ago the ‘little’ girl showed up. Sweet ‘little’ girl she still is as she was when she joined Almanar tuition class nearly 20 years ago. She belongs to that very first group of twelve Form One children. “Little’ she may still be but Nadirah has a man and two children of her own. 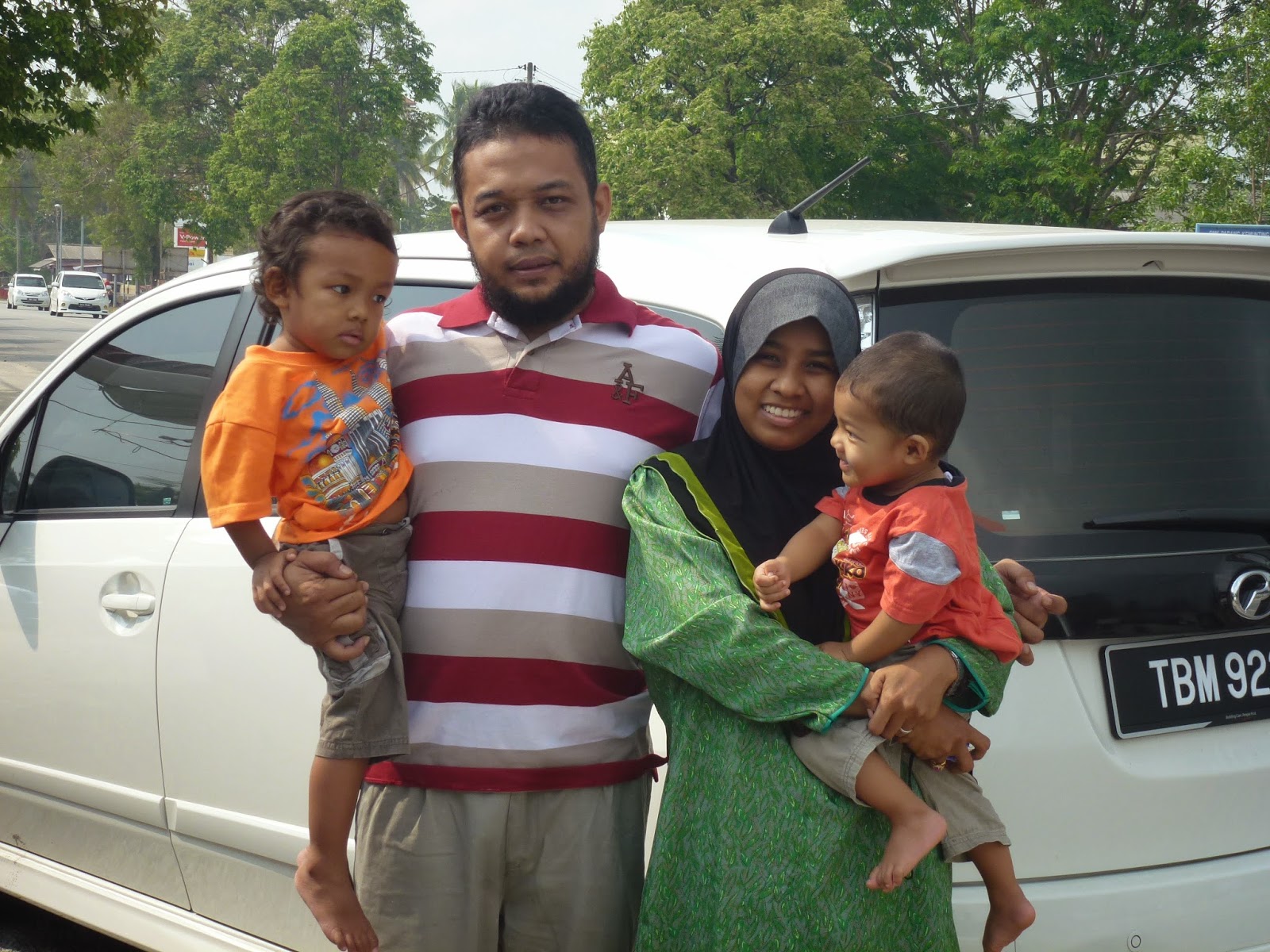 My 'little' girl no more

Nadirah’s family house is about six kilometers from us. I remember those days when together with half a dozen friends living around the same area cycled, rain or shine, all the way to Almanar after school, and during holidays. Those were the days when Almanar helped to provide bicycles to children in need. It is mystifying why, today, children are reluctant to come even with free school bus service provided. But I sympathise with them. The new 2013 Malaysian Education Development Plan (or is it the Blueprint?) has succeeded in holding them back at school, attending extra classes, co-curricular activities; some reaching home at three, exhausted. In those years we were able to start afternoon classes as early as 2.30.

Pak Ghani, Nadirah’s father, was a vegetable seller at a market Makcik and Pakcik regularly frequented. He practically had a small area reserved, where he laid a sheet of canvas to display what he had to sell. As he insisted on giving us things for free or at below-cost price in return for helping his daughter, I had to make a special effort to skirt away from his post. I remember an occasion when he caught sight of me walking in a distance. Knowing that I would not visit his site, he rushed to pack in a large plastic beg a items he expected us to need, and ran after me. I had to accept it. It was his pleasure. That was Pak Ghani. About ten years ago he fell ill and had to stop selling vegetables. Whenever he was well he would follow his friends going out fishing. It was a sad day when the good Pak Ghani passed away (yarhamuhullah). On the day of the funeral I looked at the old wooden house and wished that his big family would go through life with success. On this point I am happy to note that nine of his ELEVEN children, (two of whom died young) are doing well. There is a university lecturer in the family. Out of curiosity the two of us drove to the old Pak Ghani’s house a week ago. The moment Nadirah’s mother opened the door and saw me she carved a broad smile of instant recognition, exclaiming, Oh,Pakcik, lama tak jumpa! Mana Makcik?( Pakcik, I’ve not seen you so long! Where’s Makcik). She rushed down the wooden steps to meet Makcik in our car.
_____________________________

Nadirah did very well at school and was selected for a one-year programme in preparation for medical course overseas. It was most unfortunate for her that the downturn in the economy of the country resulted in disbanding of the special scheme for the talented. I remember it too well how bitter I felt for her and her friends. Her dream to be a doctor was shattered; but life had to go on. She turned her interest to the field of education. Four years later I had every reason to marvel at my special little girl. She earned herself the rare distinction of a first-class honours degree from the University of Canterbury in primary science education.

Since the start of her teaching career she has been posted to work right in the middle of Pahang jungle. One hears of the well known Lake Bera (Tasek Bera) and, not far from there, she is a teacher at a school of about 200 Semelai (orang asli) children of mixed religions. She is proud to be teaching Bahasa Melayu, English and Science. She is looking forwards to be teaching Mathematics as well, making her a rare teacher doing all the core subjects. I could sense her eagerness to be doing something for the poor children of the aborigines. Every week she spends time teaching English to some parents of her pupils, hoping these parents would help to motivate their children.

Nadirah and family have gone through the tunnel. It is sad to realise the one person who worked his life, as vegetable seller-cum-fisherman to support them all, is not here to enjoy the fruit of his labour.   (AlFatihah for him)

I have promised Nadirah that the two of us will be visiting her one day. I wonder if Tasek Bera has its own ‘Loch Ness’ monster of the Scottish Highlands. Perhaps that mysterious lake is shaded by magic weeping willow trees under which we could take a shower to rejuvenate ourselves! Then, we may even think of an off-campus Almanar by Tasek Bera!

Wedding we would never want to miss

Last Saturday was a good day for a pleasant drive to KL even for the sole reason of attending a wedding reception of a couple whose marriage ceremony had taken place earlier in London, where they work. Pakcik and Makcik could not possibly deny ourselves the pleasure of seeing the handsome groom, Hafiz. We have known him from his young school days, learning Arabic with Arab students in London. His parents are none other than the famed journalists/bloggers, Awang Goneng ( Wan Hulaimi) and Kak Teh (Zaharah). 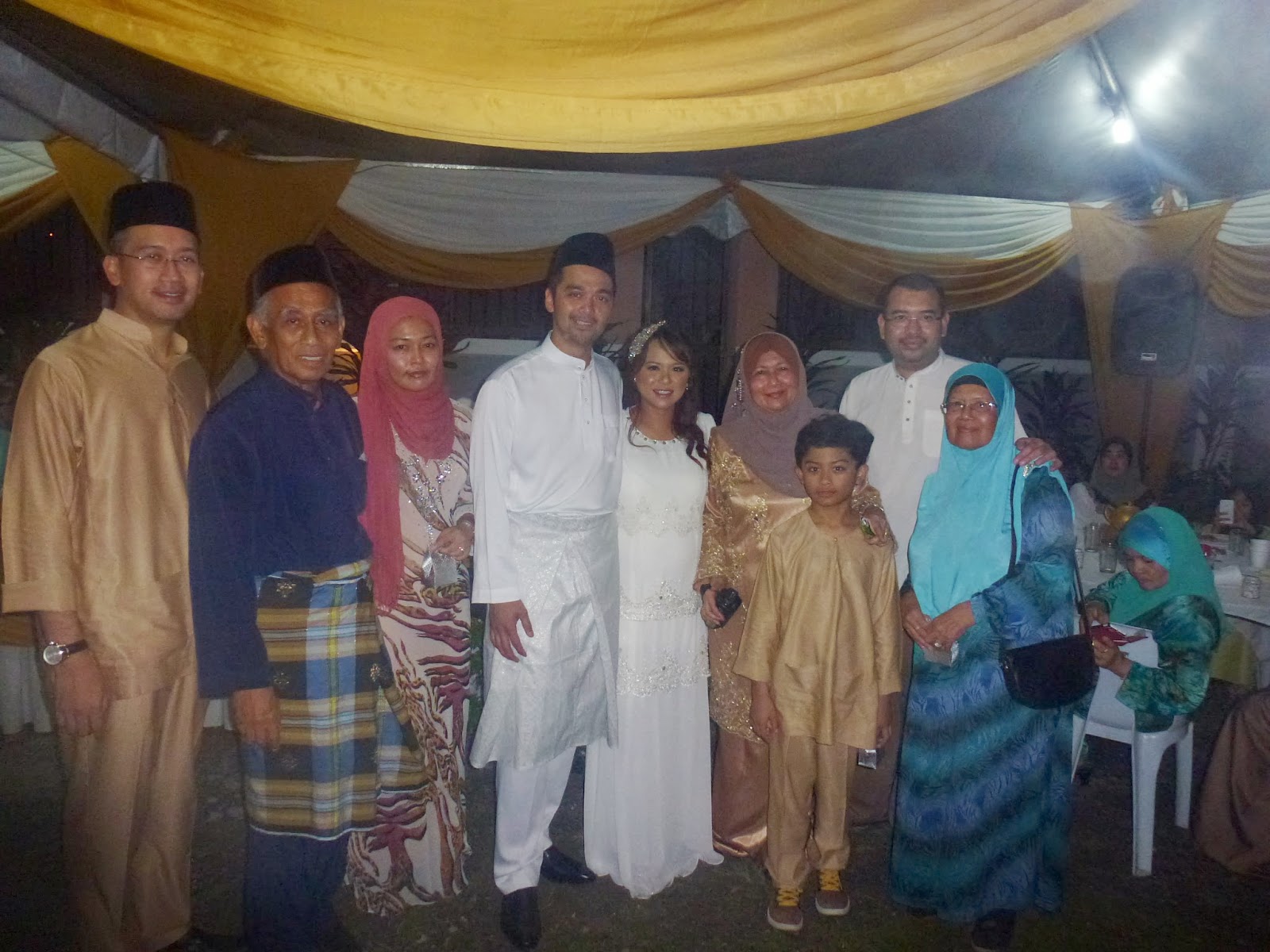 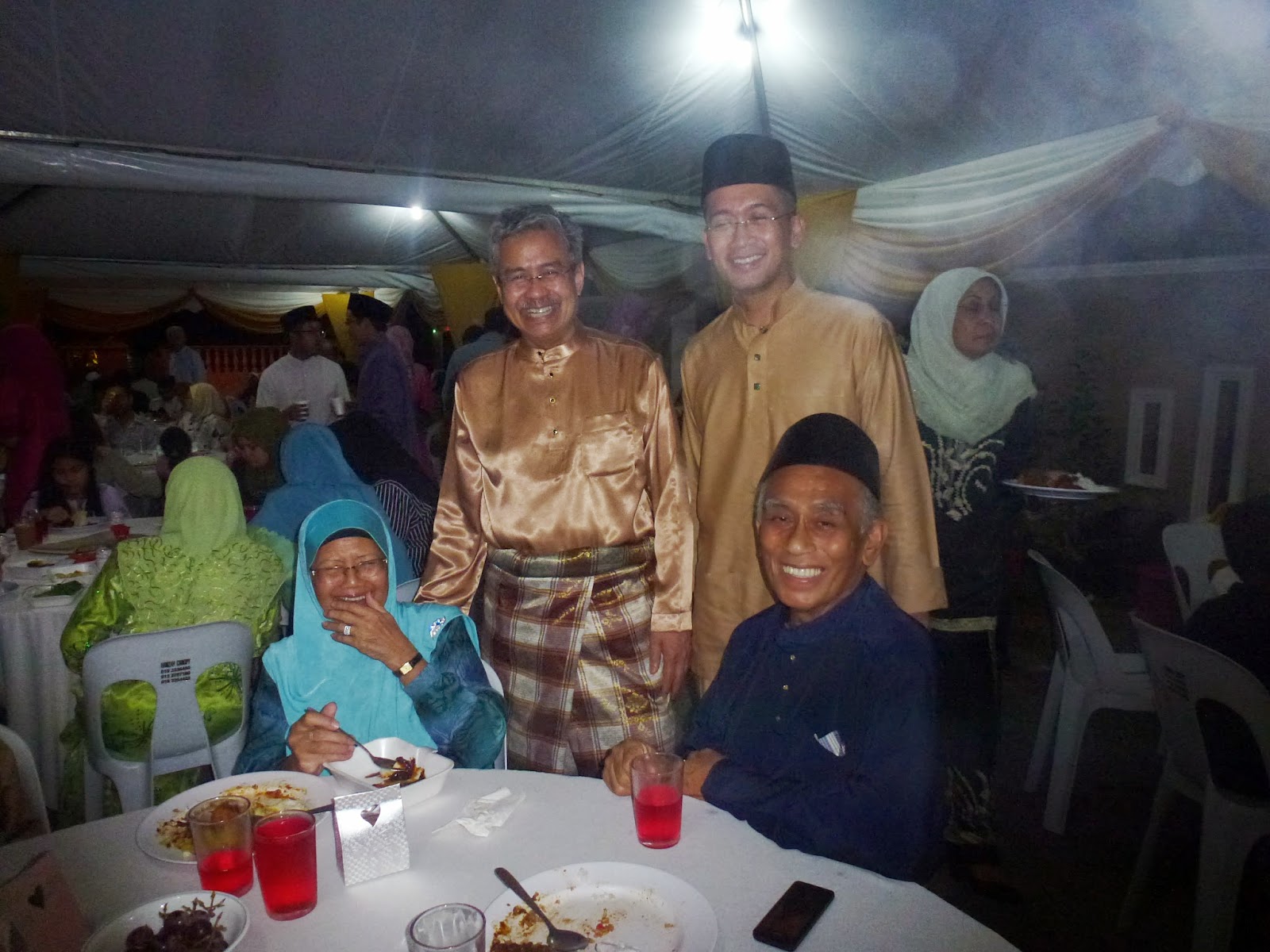 We pray for a marriage that will be blessed with lasting happiness, qualifying the couple the status of parenthood, and their parents the status of ‘datukship’. Ameen.

What Pakcik received  (Pt 6) – Would it ever come around?