August, now and fifty years ago

It is August, possibly the month which carries memories of notable events in Pakcik’s family life.

If one sees Makcik busy about this time, year after year, fixing Malaysian jalur gemilang at the back and front of Nuri, on the tree house and at Almanar, one would admire her patriotic spirit. I would let people at large think so, why not? 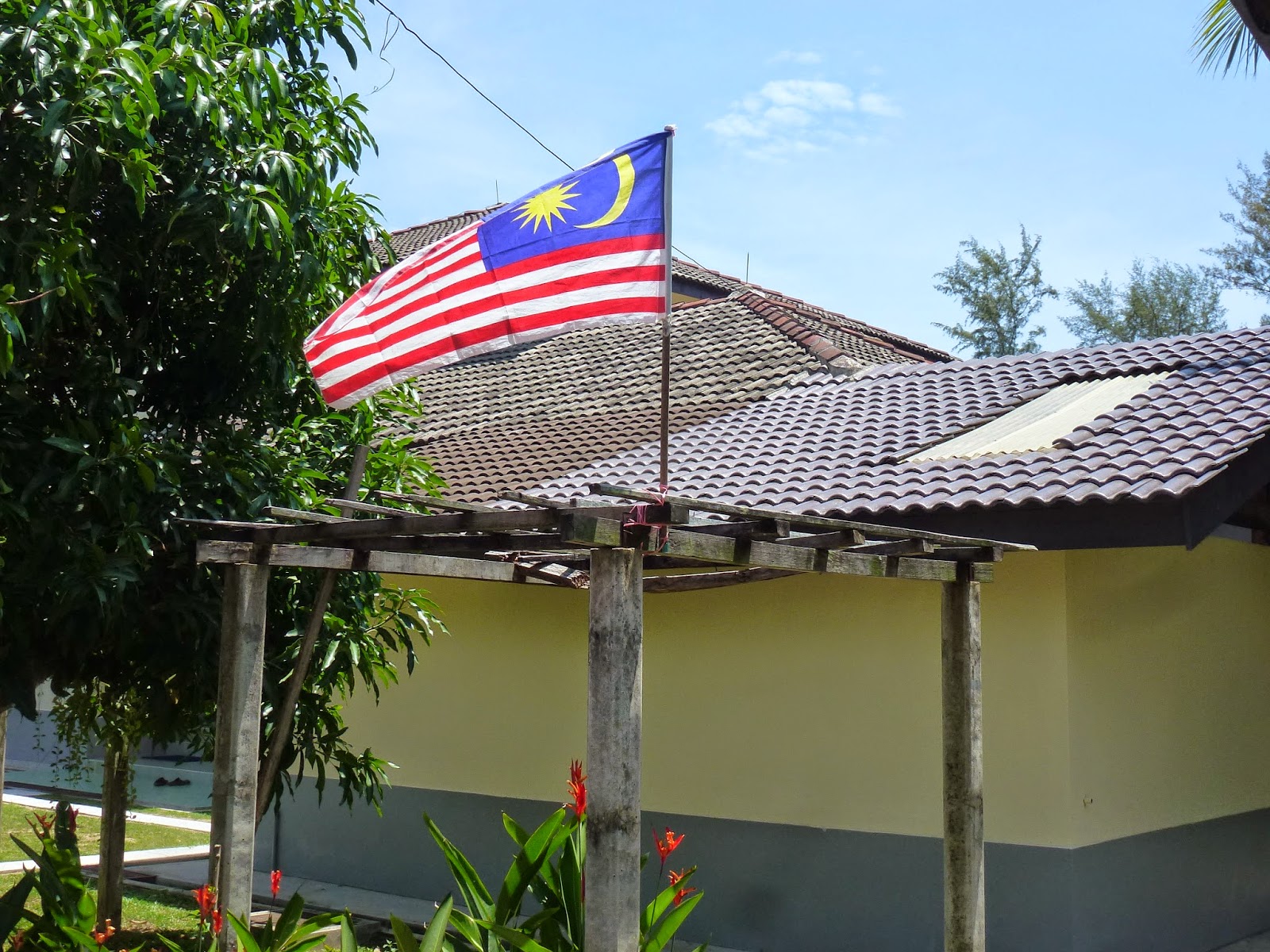 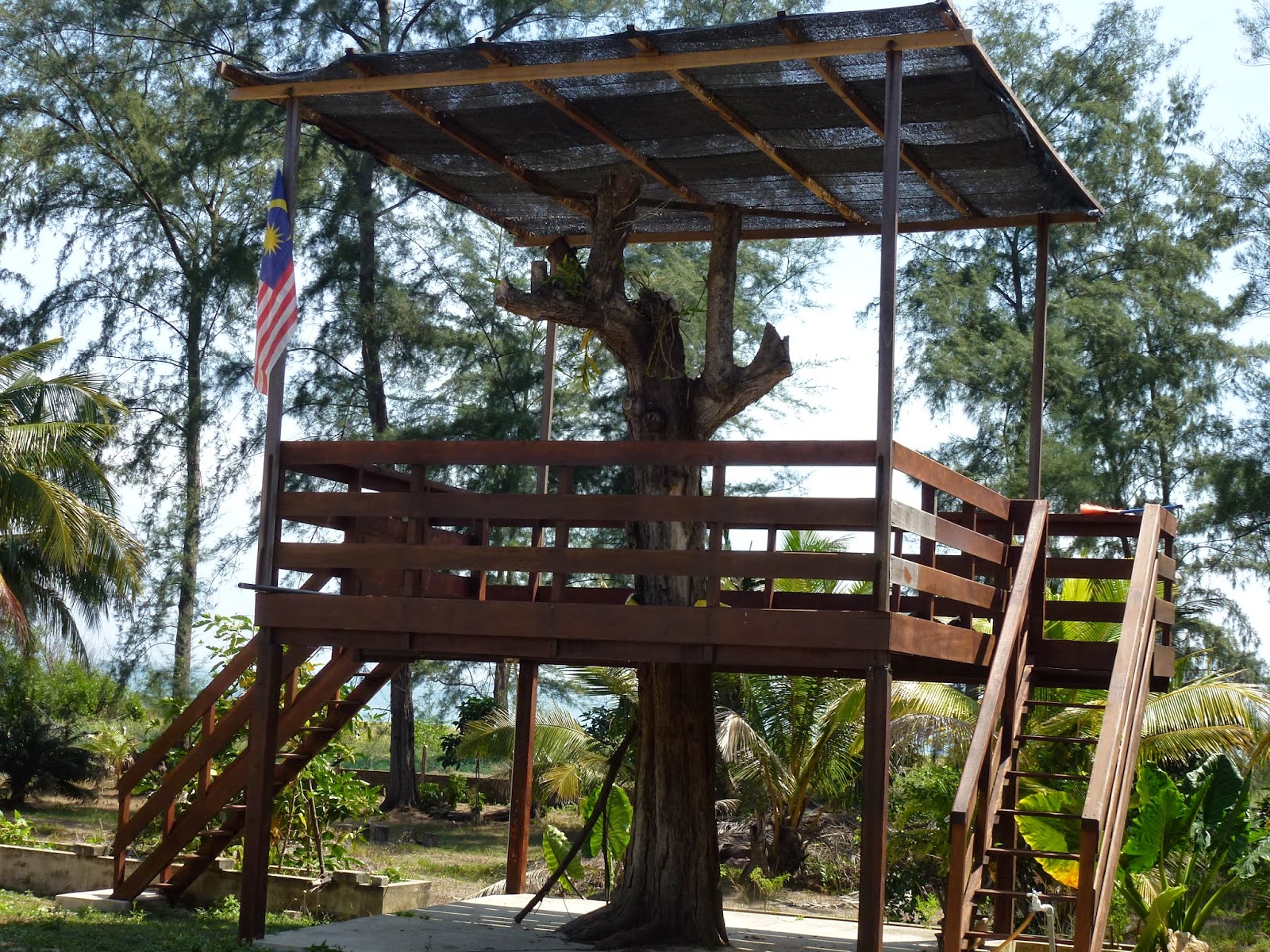 At the tree house as well And at Almanar, no doubt

If that is not enough, August brings Pakcik's family  back 20 years ago when  our only princess was married on 25th August, followed a day later, on 26th, by our elder prince’s wedding. If twenty years is not far back enough we move FIFTY years ago when it all started, as recorded in my last entry ( click here ). Indeed, in the shade of a large durian tree two young persons sat united – 50 years ago this August.

I am fortunate to have a WH Smith Diary of 1994 which carries records of certain events in my family. Clearly, two pages dated 25th and 26th carry some records of the two weddings in our new home, Nuri. where we had barely settled down. 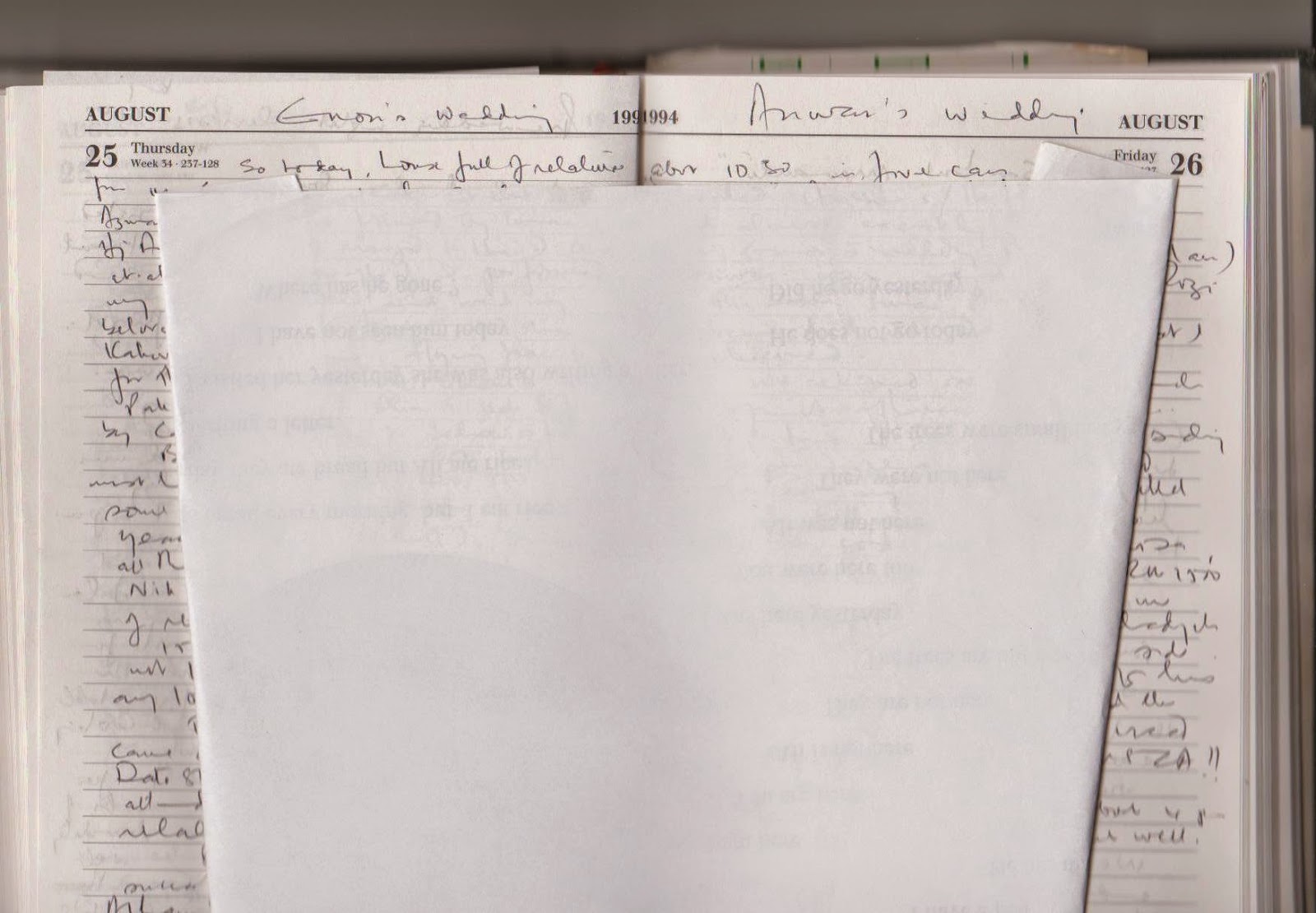 Those two weddings at Nuri have been blessed with one girl and five boys which give us the right to 'datukship' ( grandparents' status). And now two of these grandchildren have completed their secondary education. Their grandmother has started to dream of seeing more weddings at Nuri, and the beginning of yet another generation of great-grand …..
______________ 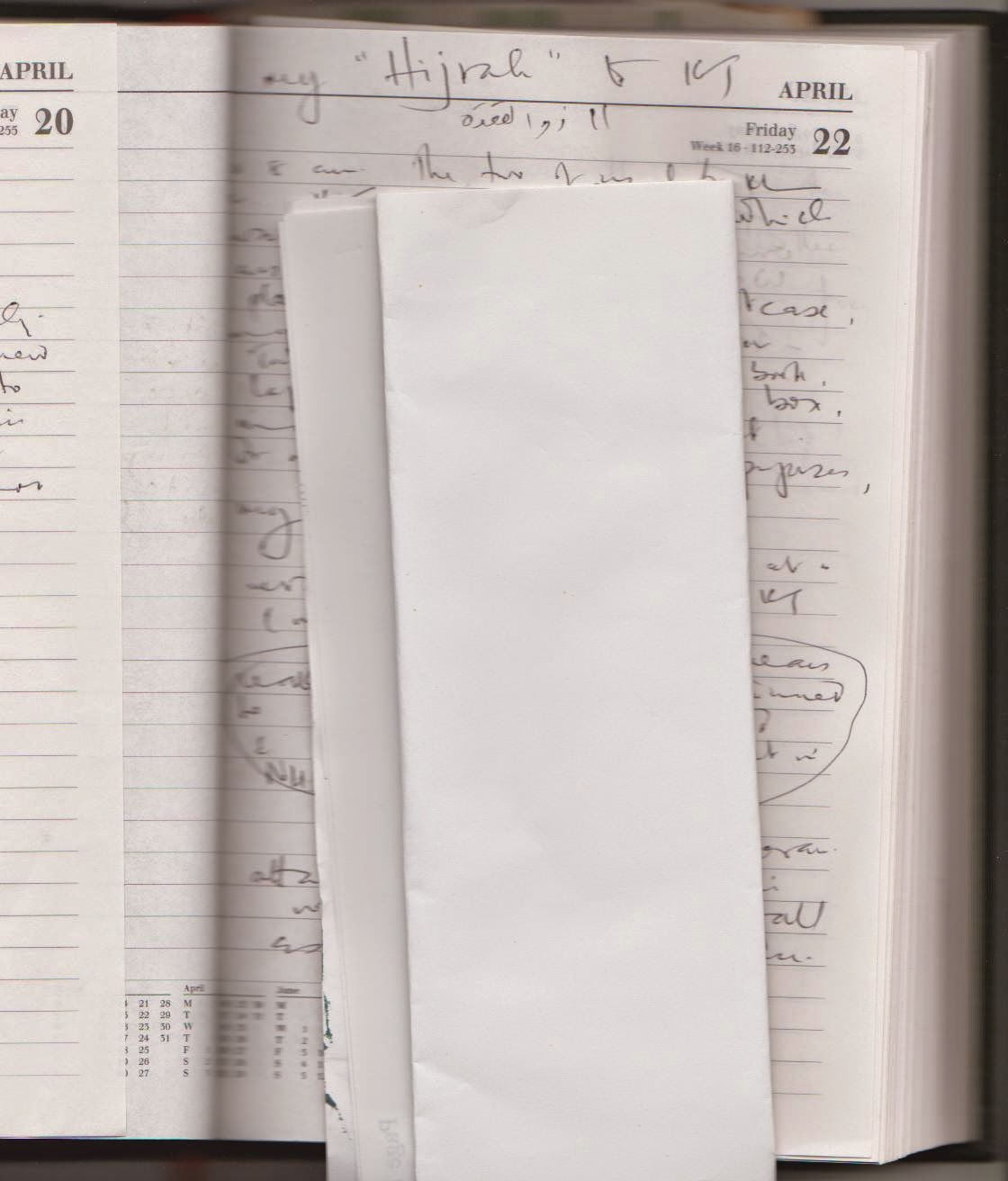 Reading what I wrote then of a simple event, I congratulate myself  today for having chosen to make simple entries on what happened.  That I chose to own and enter a dairy at 58 is not a common practice.

For whatever degree of relevance to my life I chose to record as follows the event of that day, 22nd April 1994 :

“At 8am the two of us left KL for KT in our Proton which was packed with assorted essentials, crockery, pots and pans, suit-cases, my books of reference on tafsir and Arabic, laptop, Black-and-Decker tool box, mats, a piece of carpet. It was for all intents and purposes, my ‘Hijrah’ to KT. I stopped for Jumaat prayers about 50 km from Jerangau …………. etc.”

“Our house was by no means ready – but we were determined to move in – So we had our first  night in NURI……. Etc”

I am glad today to go back in time and read my thoughts. It has been twenty years since we moved (hijrah) our home from the busy KL city to a very quiet locality – semi jungle, fronting the South China Sea. There are still wild boars and pythons  today living in the neighbouring bushes.

It is hard to believe that some years ago we were forced to erect a low brick wall to fence our area (about two acres of land) after our tapioca and banana plants were mercilessly attacked by those dangerous brutes. It was only a week ago, one dark evening on our way home, I had to stamp hard on my foot brake of our Alza to avoid running into two black animals I assumed to be two black cats on the road. Instead  they were two young boars running across my path.

And soon, after having settled down at Nuri, we started Almanar, hoping the work I planned for needy children would keep me occupied and happy during my autumn days.  To HIM we owe all these twenty years and a very  pleasant life.

We need no candles
No flowers
No cakes
No gold medals

We have YOU
Yesterday today and tomorrow

And in our silent prayers 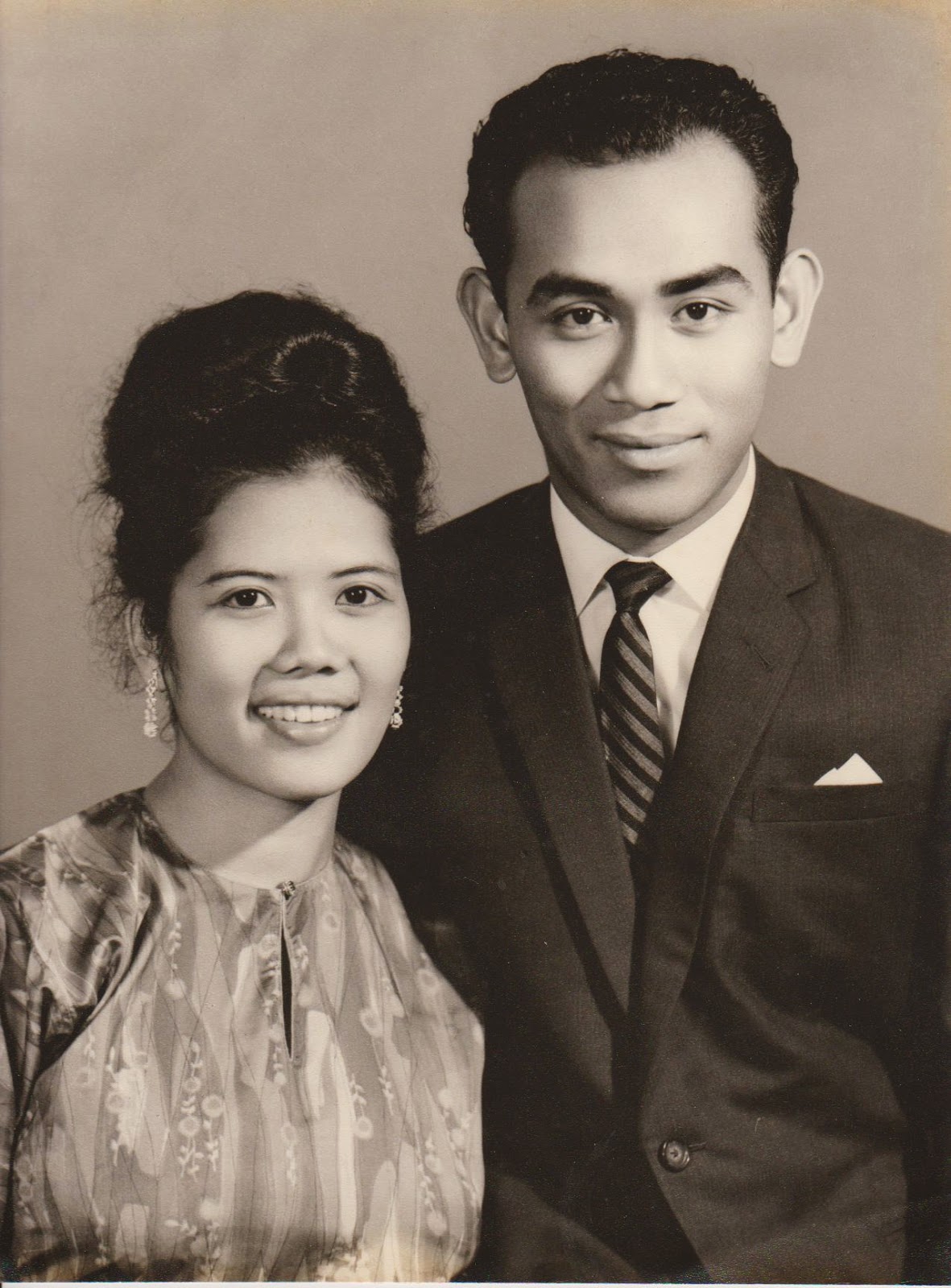 The beginning
Just the two 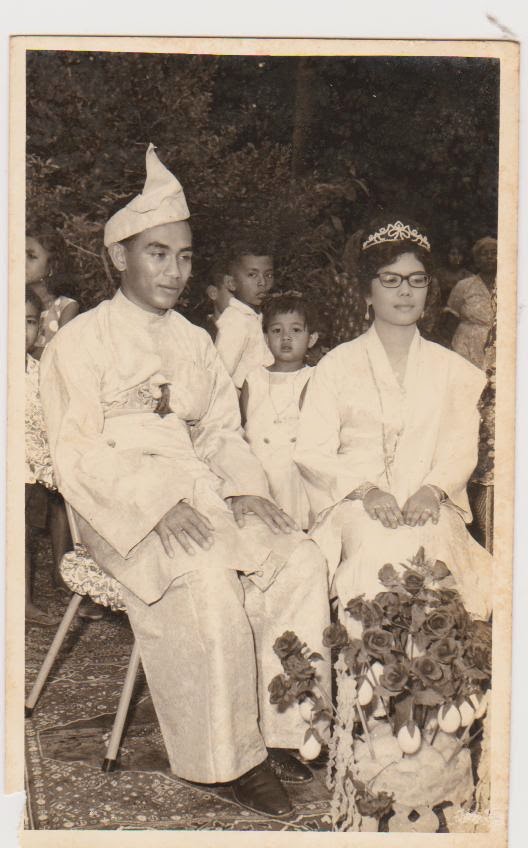 Under a large durian tree they chose to unite 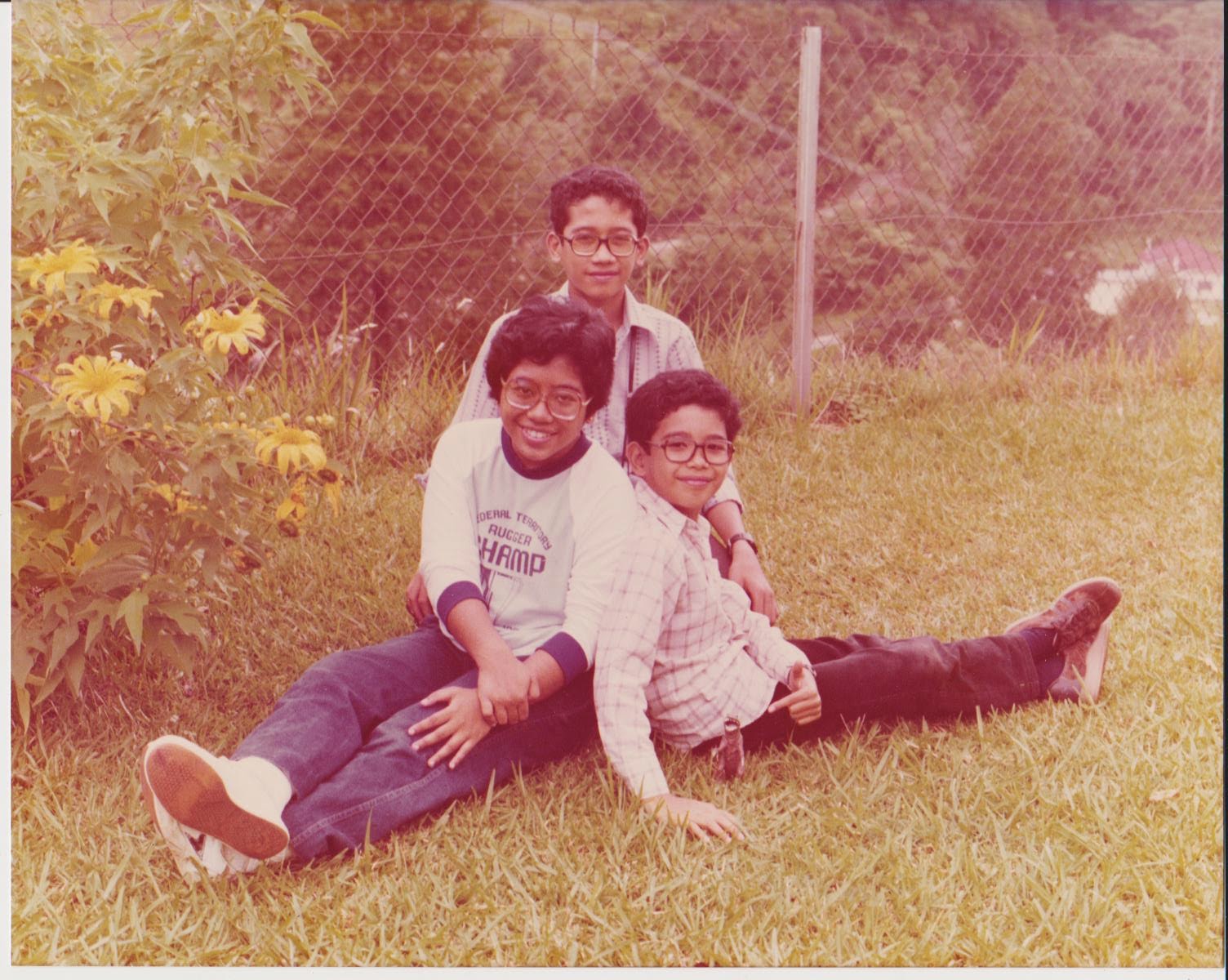 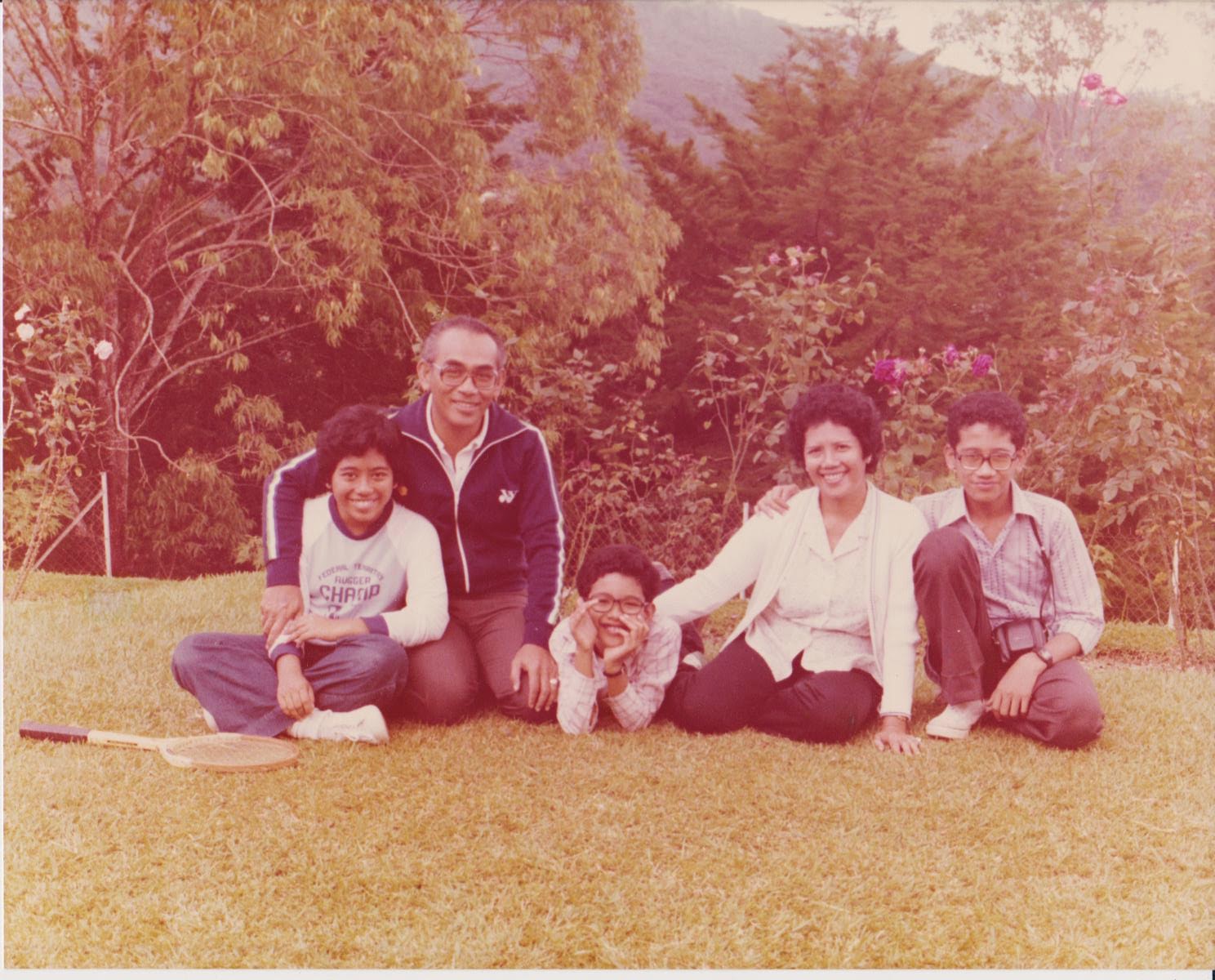 It becomes Two plus Three 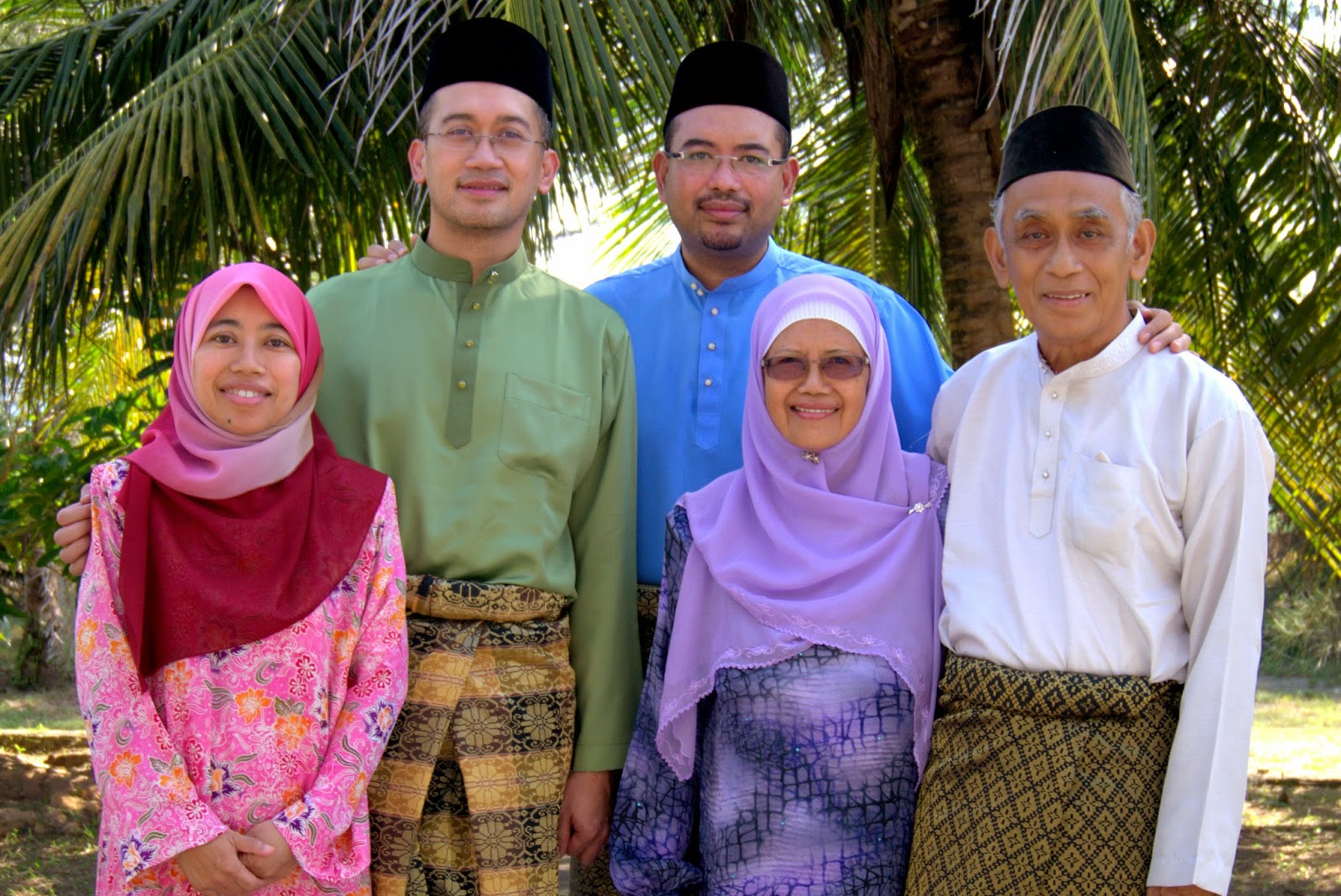 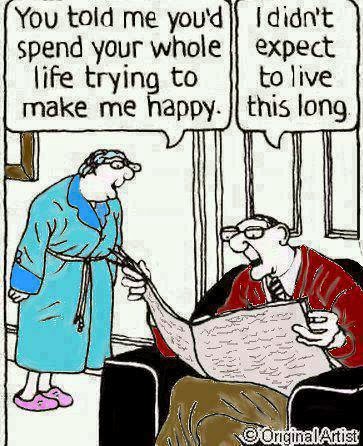 Has it been so bad all these years? Just hang on, darling. I will think of a poem to express my true love and gratitude.

Among the many who turned up to wish us Selamat Hari Raya is this young man. 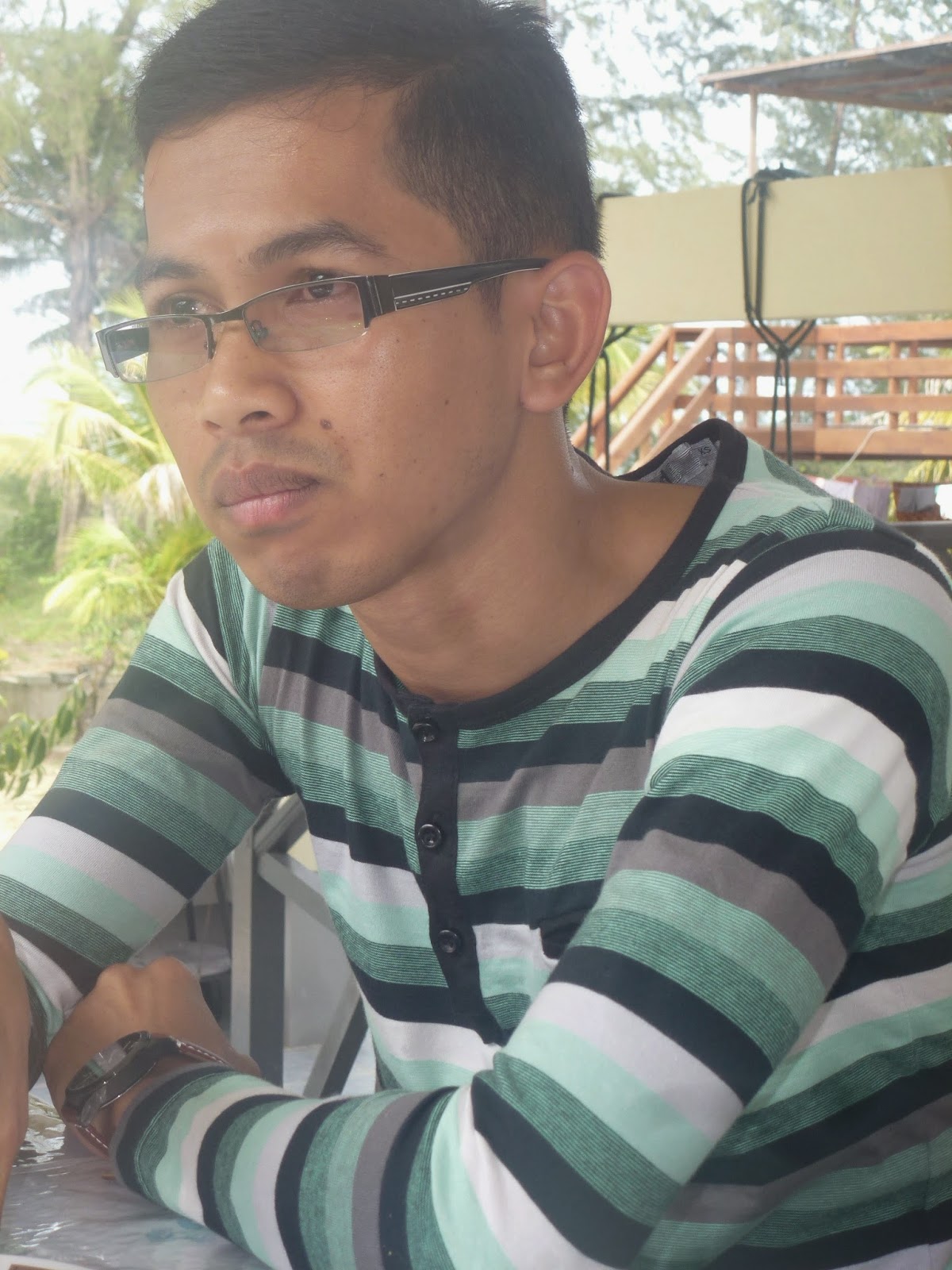 Almost four years ago I wrote about this boy, Din and his plight to get into medical-related field of studies ( click here ). He joined Almanar class after passing his UPSR examination with grades 2A’s, 2B’s and 1C. Three years later he improved his performance passing his PMR with  5A’s and 3B’s. For his SPM he also obtained 5A’s and 3B’s. Strong in English, Maths and Physics he was accepted to do a three-year diploma course in Radiography at a premier university medical centre. With grit and determination Din ended the course at the top of the dean’s list.

Proceeding as planned, he started working at the university hospital for four years and joined the university academics on part-time basis to earn a degree by the end of next year. He has in mind to pursue a post basic course related to nuclear medicine which will lead to a master’s degree. Of his future he would like to have a career at a specialised  medical centre or a university, preferably back in Terengganu.

No, he cannot divorced himself from his home state where the rest of his family live. They are economically better. His mother no longer runs the burger stall by the roadside where Din used to help during his school days. His aged father, who was introduced to fishermen’s life at the unbelievable age of eight, cannot stop going to sea. “ If he doesn’t go he will be sick!”, mused Din of his father’s passion for the salt sprays of China Sea and the sun burning on his back. 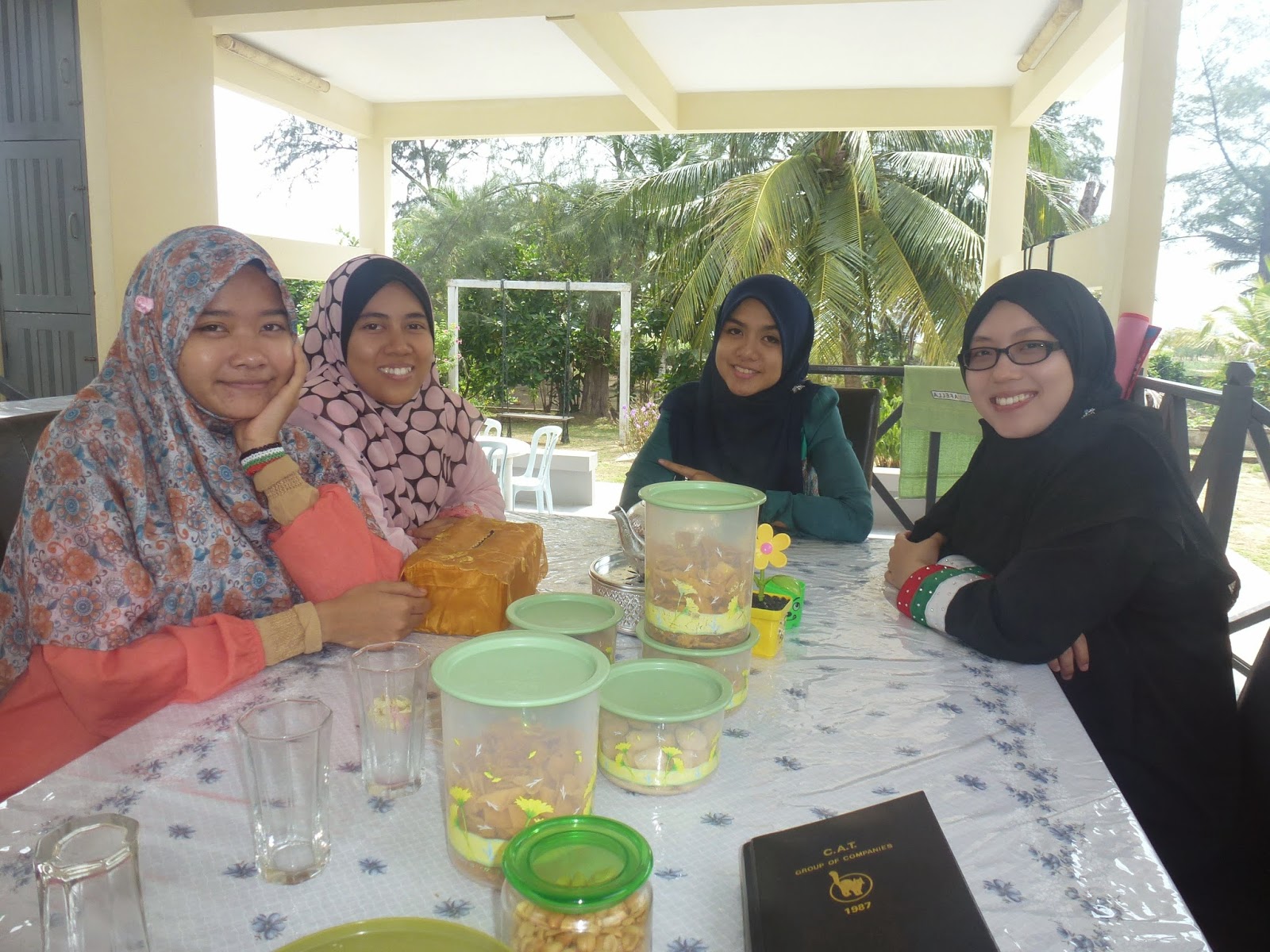 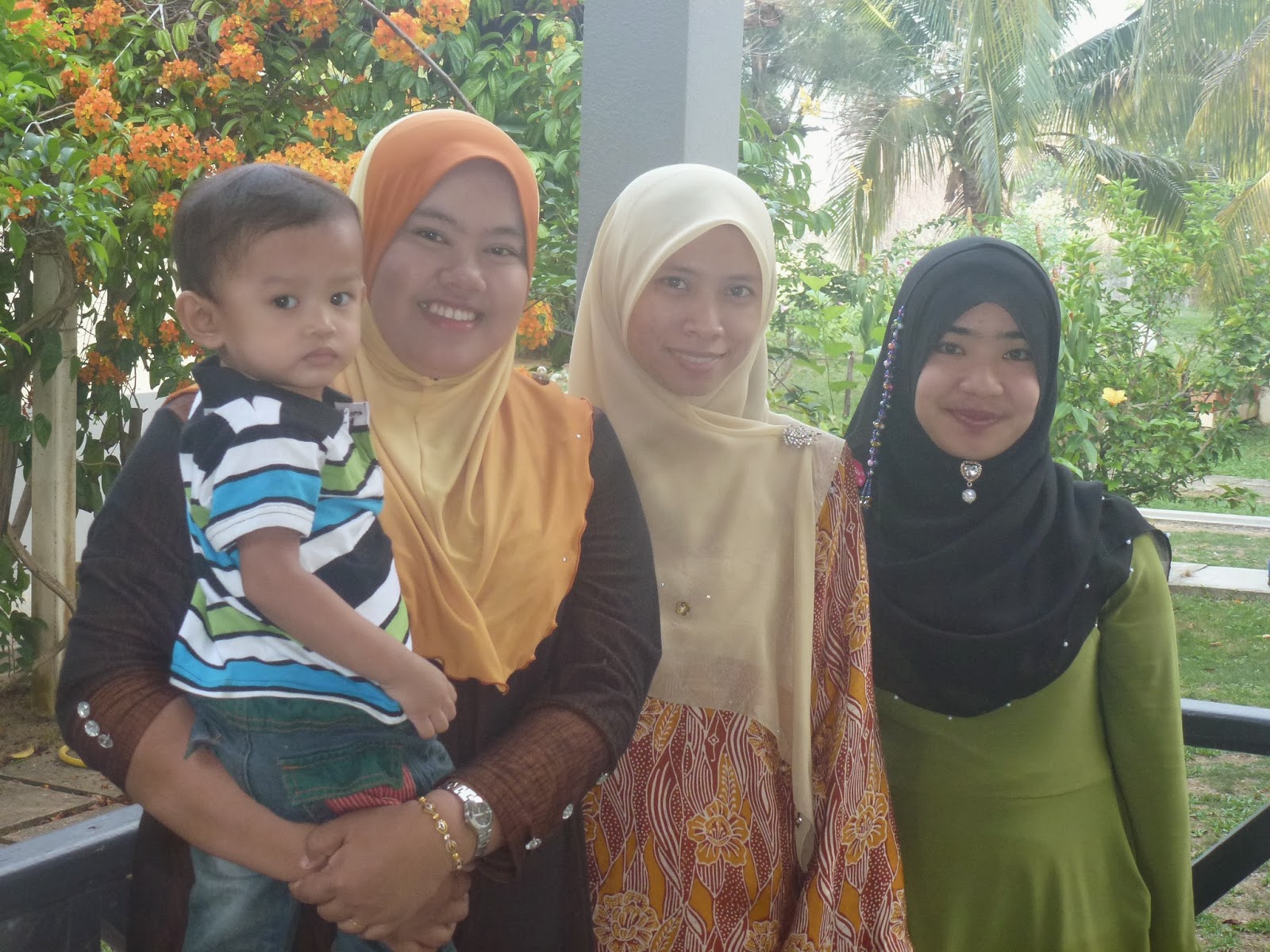 Like Din many of his ex-Almanar friends, have emerged from the end of the tunnel, convinced that there is future for everyone who is willing to sweat for it. Pakcik wishes him and the like of him all the best – and would like to think that they would not forget to serve the many deserving people around, with a sense of gratitude to Him.