I scolded her for not showing interest after three classes at Almanar. Let us call her Ani for simplicity. She proved herself lazy. She could not read a simple sentence. She did not know the meaning of simple words like face and cook. She had, a few days earlier written those words in her ‘vocab book’ which Pakcik gave to everyone on the very first day at Almanar. That is how important ‘vocab book’ is at Almanar in learning English – the way all Pakcik’s children were made to keep and learn.

A few harsh words were said and pakcik could see her eyes brimming with tears. She was sensitive, after all. Later I pulled her aside for a few more words.

When the class was over I went over my notes on the children of that special class – special because it was a newly formed class made up of ten orphans and the rest from poor parents. Then the reality began to dawn on me.

Ani is a girl of thirteen from a town about 150 km from here. A diminutive ‘little thing’ was my first thought of her when I first saw her. When she was a baby, a childless old couple adopted her. Today, Ani has no idea who her real parents are, whether dead or alive. Unfortunately, her foster parents are poor, too, financially and academically. Under such circumstances, she grew up through her first six years of primary education without any help at home. One would, then, quite naturally expect her to acquire something from her six years at her primary school. But what she achieved for her UPSR exam was EEEEE – 5 capital Es for the five subjects ! I am not surprised if her school is in fact one of those which have contributed towards making Terengganu the proud state for being the champion state in achieving AAAAA – 5 capital As – in every UPSR examination during the last several years.

Then I ask myself what had Ani’s primary school administration, the Head, her teachers, the guru ‘motivasi’, the lot of them, including PIBG, ever done for this pathetic-looking ‘little thing’ ? In my mind, had she been abused as a child labour at rolling ‘keropok lekor’, she would have been an expert at it today, able to earn herself and her aged foster parents a few cents a day. But, after six years of primary school education in a champion state this 'poor little thing’ had not learnt her ‘face’ and ‘cook’.

Two days ago, I approached her again with simple questions. She had got them! And there was the glimpse of a smile on her face; the 'poor little thing’, I thought, had begun to learn something. I have learnt something, too. Now she will be handled with kid’s gloves. But how much can I do it all myself, with limited time allowed and when she has eight subjects to learn at school – plus the ‘wajib’ (compulsory) extra curricular ( koko ) activities imposed by to-day’s education system? It would be a sad thing if she, one day for the entry into a local university ( of the famed taraf antarasa bangsa, of course ), gets EEEEEEEE – all 8 Es - in her SPM despite the full 10% points from her ‘koko’.

With a sigh,
We will try.


Today, in a modest way we celebrate Nisful Sya’ban. And today coincides with our third child’s (stress on ‘child’) 39th birthday, just twelve months to forty - not making the two of us any younger, though. Somewhere he may be celebrating the day with his other half and their ‘three Charlie’s angels’. With love we wish him and his family all the best.

Thank you and good bye. What a simple headline for a sensational newspaper. And on Sunday 10th July 2011 the curtain fell on the News of the World an old British Sunday newspaper that had survived since 1843 - 168 years in print!

“So what ?” one might ask. Indeed it does mean something to me. It is one of those items in my life that stretch my memory back, this time, to half a century ago.

An innocent young Malay lad was transported away from home to settle in an English home with lads from five other countries but Malaya; from Iraq, South Africa, India, Peru, and a working man from North Ireland. And the landlady who looked after the house and cooked for them was an elderly lady from Scotland, Mrs Robertson, a widow. At first the Malay lad thought at least he had for company a fellow Muslim from Iraq. He had that impression when during their conversation the Iraqi stated the best Arabic text is in the Quran. At the breakfast table came the surprise. The Iraqi seemed to be enjoying his bacon and egg! He turned out to be a Christian. Nevertheless, the atmosphere in the house, called ‘digs’, was one of friendliness. In the morning they trouped out on their bicycles heading for the same college, and every evening they met at the same dining table, the early arrival trying to secure one of the chairs with coal fire burning hot at the back. Oh, what a pleasure it was to come in from the cold to warm the palms of you hands in front of the fire!

It was those early days the Malay lad began to get acquainted with English newspapers. The Times was a heavy reading. But people would steal a look at you if you carried one. The young lad settled for Manchester Guardian, politically known to lean towards the opposition party of that time.

Then on Sundays there was the News of the World. What a paper that was, concentrating and specializing in sex scandals in lurid details. The lad never had that sort of eye-opener back home in Utusan Melayu (in jawi). This was exciting beyond words. However it did not take for him to learn that people read this paper on the quiet but showed expression of distain towards people who read it. ‘Wasn’t this a form of hypocrisy?’ the boy often wondered. Half a century ago, the standard of morality in the mass media was still conservative. So, quite naturally, the lad began to learn how not to show his liking for that Sunday paper. Fold the paper and tuck it nicely in the inner pocket of your overcoat. And every few days or so, flash your copy of Manchester Guardian. That did the trick. That was, indeed, a sign of sophistication in that boy from Malaya, some of whom thought was located in Singapore!

So, on the quiet I enjoyed News of the World, making doubly sure that I showed my liking for Manchester Guardian – but I truly did enjoy both.

It is a shame the paper has to go. But nothing lives forever, I suppose. Even my Manchester Guardian has lost its Manchester.

Having freshly seen the end of a ‘great’ newspaper I was saddened to read the demise of a person I used to know well. Raja Aziz Addruse, the three-time Bar Council president. He passed away on Tuesday, 12th July. I have not seen him the last twenty years. The last time we had a chit chat was at the Lake Club when my family used to frequent that very special club in KL.

Raja Aziz was in UK about the same as I was (the time I was enjoying the News of the World ). At the same time my old class-mate of ’55 was also in UK doing his law. The latter was Tan Sri Wan Adnan who showed his brilliance in breezing through his course in two years when others laboured for three. Sadly he passed away prematurely, just one short sure step to take over the topmost post of he judiciary.

In the early ’60, our bachelor days, the three of us used to share a room on top of a shop house on Jalan Traverse, KL. Imagine how close we were then. But our careers brought us adrift, though Wan Adnan, and his family, remained close right to the end.

We shared a lot in common. We enjoyed the same age and were shipped to the same country to study. Today,of the three, I am the only one left behind, to reminisce and say my prayers and AlFatihah in memory of their valued friendship. I no longer need to remind myself that nothing, no one lives FOREVER, in all its majesty and glory.

The much celebrated surah Al Rahman has this to remind me. 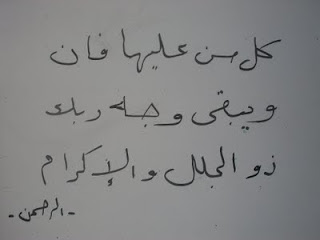 “All that lives on earth is doomed to die. But the Face of your Lord will abide FOREVER, in all its majesty and glory” - Dawood

In two cars they arrived, unannounced. They knew they would always be welcome to the house they got to know the inside and outside ten years ago; because they have not forgotten. 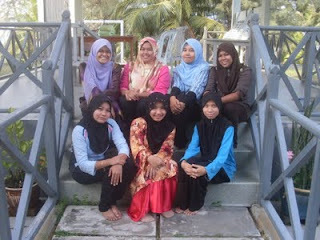 
Way back in early 2001 these seven girls belonged to a group that joined Form 1 tuition class at Almanar. Today they still remember and talk with fondness the events of those days at Almanar and Nuri. The pain and frustration – and joy too - of those days are now being played back gleefully and with how-silly-we-were-then laughs. Each brought along a little ‘buah tangan’. One of them had two huge crabs (weighing 600 gm), still alive and kicking, her father’s catch.


I cannot imagine how six of these seven girls, a nurse and five with BSc degrees in various fields, have all just completed their studies. Only one, who did radiography, graduated earlier and is working at a university.

The visit, the ‘buah tangan’, crabs and all were not timed to celebrate a teacher’s day or a father’s day. To pay homage, to express respect, love and affection, one does not need a special occasion.

To the seven young ladies : Makcik and Pakcik thank you. You are not forgotten. Perhaps the day will soon come when the seven of you drop in to hand your special invitation cards, for a very special occasion - all happening in one year, too, insyaAllah.