To Sir With Love

A Form 4 girl handed in an essay for correction. Her piece of work may not excite many, but it does Pak Cik. She talks about her days in the primary school, focusing on what she is not likely to forget. Her memory of a certain teacher, one who taught her English in Standard 5 and 6, stands out with a trace of emotion.

She remembers her Sir Azmi. That was the name of an individual who she and friends very much dreaded. ‘A violent temper’ is how she recalls of him, one quite generous with his ‘rattan’. She had had her share. So painful it was that she cried and sobbed and that she cannot forget. “But if I come face to face with him again I want to thank him,” is her thought of him today, six years down the line.

Today, this girl remembers her Sir Azmi as one who tried his best for her, the pain being part of his way, how detestable the act may be in the eyes of many. Pak Cik am much more appreciative of that young teacher, cikgu Azmi, whom I know well enough, without the Sir – he having no reason to lay his ‘rattan’ on me!

Long, long ago, at the beginning of his teaching career, Azmi was like an outcast on the island which, today, is a well known island resort off the coast of Terengganu , a long way away from his home in Johor. There was nothing on that island then, except for a sheltered village of fishermen. A school of some sort had been built by the government to give the fishermen’s children a fighting chance to be literate or, with luck, a better future. If the children were of any good they would continue their secondary education at a school on the mainland, where they would be accommodated in a hostel. 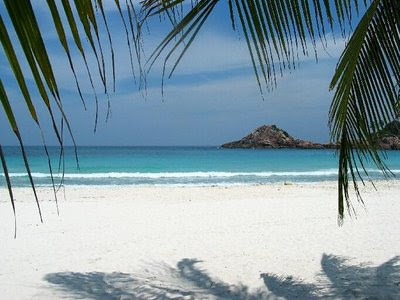 It was on that isolated place, remote from modernity, Sir Azmi learned not only to be on his feet as a teacher but also to understand the harsh life of traditional fishermen and their families. He began to be aware of the significance of his contribution to the next generation of these islanders. He went through a hard time to improve the performance of that school and, indeed, after some years he began to see result. Pak Cik could sense his satisfaction and pride as he related to me his experience.

He did his time on that island, and success earned him a transfer to a school on the mainland, back to civilisation, so to speak. He began to see different challenges. As chance would have it, he came to hear of Almanar. He dropped in to say hello to Pak Cik and we began to see that, though far apart in age, we had something in common. Intent on improving his pupils’ English, he sought Pak Cik’s assistance to double up on his effort. Surprisingly, in return he volunteered to spend some of his free time to take a class at Almanar. This is how from time to time Sir Azmi keeps surfacing in my memory. In fifteen years of Almanar’s existence he is the only person who has ever given such an offer, to teach English at Almanar. Cikgu Azmi is one in a million, an unsung hero in his own right. 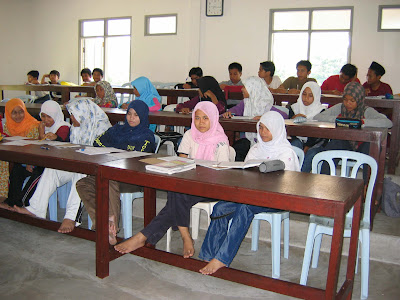 Pak Cik can vividly recall the day when the result of UPSR results were released. Sir Azmi turned up excitedly to say that his school had the highest ever number of pupils with A grade in English. We rejoiced over his success. He had every right to feel elated.

It is a loss to any school that loses the service of a teacher like this. Pak Cik know it too well that he was sad to leave the state he had grown to love. But, in some way he was relieved to be transferred out of this state. He wanted to escape the ‘political maneuvers’ of those with envy and jealousy. Sir Azmi finally learned one bitter lesson in real life; the credit from one’s effort and success may at the same time earn him some enemies. Today, Sir Azmi is serving in a state where his wife came from. Pak Cik am pleased to learn that Sir Azmi, now richer with four children of his own, is helping the people of his community - “…….am trying to do something like Almanar,” he said to Pak Cik with his typical humility, with his normal enthusiasm nevertheless.

Cikgu Azmi, you are very much remembered, more than you realise. Some cannot forget the pain inflicted by you but their love and appreciation are greater. Pak Cik and family know that your four children will do even better than those you have helped on Pulau Redang and elsewhere. Perhaps you have misplaced your ‘rattan’ where you used to be. The four kids are lucky to have you and a mother, a qualified and dedicated teacher no less. 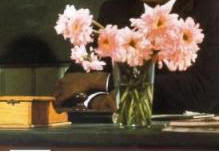 Pak Cik know that there are at least two of you, who have qualified as teachers,and are now serving in the interior of Sabah . I know Sabah well - when Kota Kinabalu was simply JESSELTON. As you are thinking of home in Terengganu, learn what you can of your pupils and do something for them in the true spirit of Sir Azmi and