Apart from the Great Planner/Creator Himself, to Whom we all owe absolutely everything, I owe this gentleman more than he can ever imagine, and I am forever indebted to him. 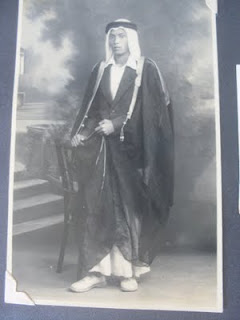 Picture taken 60 years ago, of one young man who had begun to learn that there were different roads in life.
He is now an aged gentleman, well into his 80’s, with frequent lapses of memory, but, otherwise, physically well. Sixty years ago he had a vision that his younger brother ought to be equipped better than he had been, to face a future. In so doing he became instrumental in sending his brother on a ‘road less traveled.’ Subhanallah. 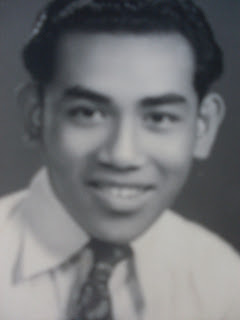 Picture taken nearly 60 years ago of one cheerful boy with dreams of a bed of roses.

Dear Pak Cik,
It is written in the stars so they say. Meant to be successful in life and all things fall into place.
A wonderful brother and other siblings more often a wonderful wife giving the needed boost and support.
And when you readily acknowledged it, it completes life's journey.
An inspiring episode this and I've missed reading them lately. I'm glad to be back!
Salam
Hank

A loving elder sibling will always willing to sacrifice for one's younger brothers or sisters.

Sent you an email, Pakcik.

Well.. our life is still a bed of roses... comparative to those "not so fortunates" around us.
This morning I woke up and saw a middle age man carrying a stack of cardboards behind his back tied to his forehead. His hands were holding a worn-out table fan and some other things. My wife said he must be a new Myanmar garbage man (those who go through peoples garbage searching for things that can be sold), because after a month these people would have a bicycle if not a tricycle to enable them to pick up more of those "valuable garbage".
May we be blessed with a thankful heart SOKMO..

Akhi Hank,
More than anything else I am very pleased to see you again.

Mine is not intended to be a success story, but a story to show, despite dreams and hard work, we are quite helpless in shaping our own future - nevertheless we need to strive and pray.

Nur Akmar,
From the very first time I came to know you, beginning with that gift of English book for Almanar, I have been keeping a secret hope that one day you would allow me to write something about your life, a truly wonderful one, believe me.
Our love to the three of you.

Look back at your own life and see how wonderful that it all ends where it is today. The hard parts are salt and pepper in life. Look ahead with prayers and hopes.

The picture shows the ideals of young men in his time. pakcik, dressed like an Arab ulamak. Is he your elder brother? ( i gather so from Nur Akmar's comment). If he is you really had all the luck which gave you the charmed life that you lead. I hope the gentleman is now in good health and living a happy life. Salam.

Dear Pakcik,
I know this man in the Arab garb. He was in fact the photographer who took the family photograph that adorned the back cover of my first book on Trengganu, Growing Up in Trengganu.

I remember him as an enthusiastic photographer. But when I knew him I don't think I ever met that handsome guy who is his younger brother.

With family support and encouragement, you have gone far and hopefully contented..may the rest of your journey be a blessed one too.

{By the way, did you get the email that I sent weeks ago?)

My granddad had a similar vision too. After sending his older sons, one to an Arab school, and the other, to a Malay school, dad was sent to an English school

That would not be amazing today, but dad was born in 1926 or thereabouts. He used to tell us how he had to take the sailing boat (kapal layar) to school, from KT down through Singapura and up to Taiping. He attended King Edward School. And how, orang kampung kat Duyung used to scold his father,"Mung nak anak jadi Kristian?

Indeed that is a picture of my brother, taken after his studies in Saudi. Each of us has something to reflect on of our past, Akhi. I am certain your path is very interesting for us to share - how about it?

Hou are still a young man, my friend and can afford to look into the mirror with a smile. I keep no mirror but old photoes to flatter myself!

Cheqna,
WAK Salaam.
I got no response to my email sent long ago.I have just sent one. If it does not get to you would you please email your address to almanar@pd.jaring.my ? Kalau balik cuti sekolah harap dapat ke Pengkalan Maras jumpa kami. Wedding season is coming soon.

In those days my father travelled to Singapore and up the coast to Telok Intan in what we called 'perahu besar' , sailing away weeks and months 'jual kain'.

You talk of happenings around my generation, the Arabic school, the English school and the Malay school. What was Wan Abdullah ( Dato' Biji Sura) to you? - preferably email me as I am certain I know your family.

I am glad you still keep visiting here.

I am sure you remember the 'Arab', not likely the young one, possibly gallavanting around. But he sill remembers with affection the Tanjong man who would say with a broad smile,'Oh Awang Ngah ..' whenever I walked up the wooden steps of that Tanjong house after my mother had done her shopping at the pasar. Al-Fathihah to him.

Thank you Wan. The pieces are showing a definite picture. I am too happy to see your visit, esp now that I know better.

Thank you, I've received the email (didn't get the earlier one) and have sent my reply.