Many happy returns of the day

Encik Ramli of When Less Is More blog sent the following comment for Pak Cik’s posting.

“As I celebrate my 59 years young tomorrow, thank you for stating the fact that we were the young cyclists from Bkt Jelutung.”

I have not only known him but enjoyed reading detailed records of his cycling trips, and I never cease to wonder how he and his friends have the stamina and enthususiasm to do what I wish I were able to do. Since his last entry is on his cycling tour via Almanar I would seek his permission to have it copied here. I would want to have the pictures of his five gallant cycling friends recorded in my blog.

UP CLOSE - THE BJCC TOURERS 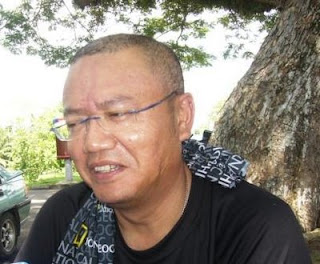 True to his National Geographic bandana he wore, he knew the nooks and corners of the East Coast. Even had a stake in a fresh-fish breeding project. His motto is "Ride to Eat". Rides a 26" Dahon foldable bike similar to Zaba's. 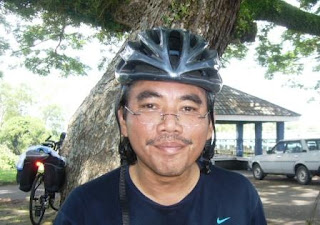 Our Mr Gadget. I was fascinated with his USB-driven external speaker hanged on the handle bar. Connected to his PDA, he had a medley of Hindi songs, old P Ramli songs and some hip-hops. Rides the Dahon 20" foldable bike. 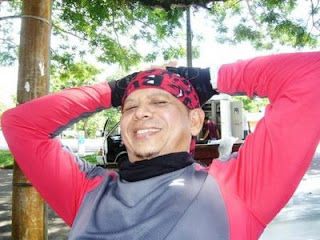 ZABA
The Rambo of BJCC. Before taking up cycling, he was a gym guy. He used to pump irons. Now he pumps tyres. Rides a Dahon 26" foldable bike. 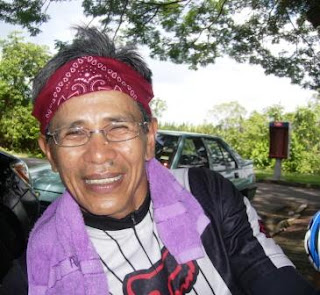 JALIL
The only non-Brooks guy in the team and now a full-fledged Brooks rider. Rides his Merida Hybrid, his first bike before upgrading to a racer. Slim and trim, the envy of other BJCC tourers. 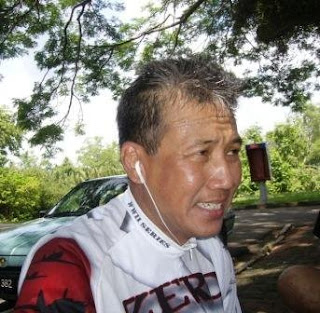 The most "hardworking" tourer. He had 1 puncture and 2 slow-leaks and 18 visits to the toilet. Rides a full-fledged Bianchi tourer.

To En Ramli I would say this:

Happy birthday to you, Ramli.

I pray that many good things will be on your way.

Thanks for dropping your well wishes on my blog on my Dad's 59th birthday!

My dad had told me and I have read your entries about the charitable work you have been doing for those in need. I admire you for that.

May Allah bless you and repay your kindness.

Mimi
Thank you for the good wishes