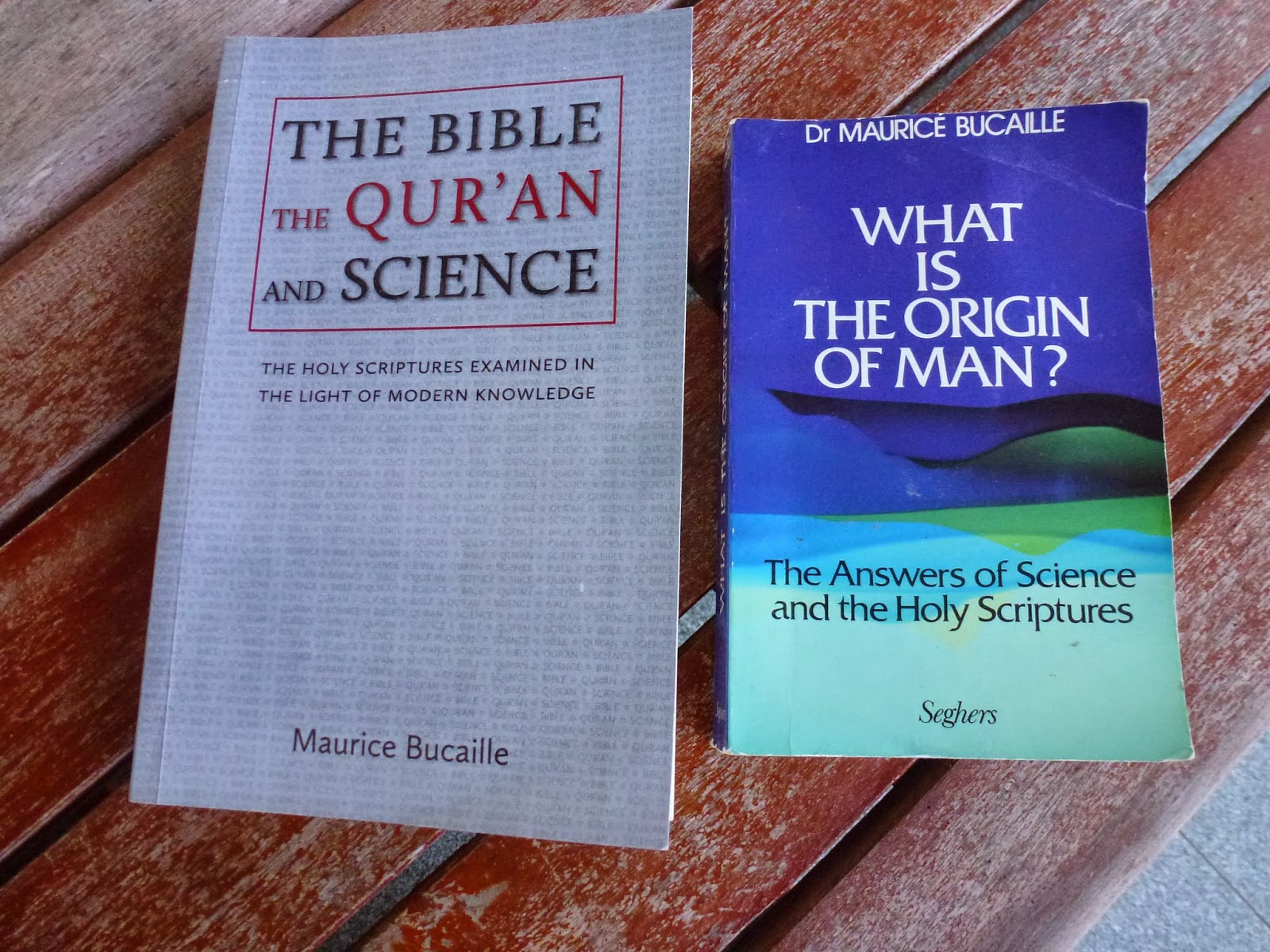 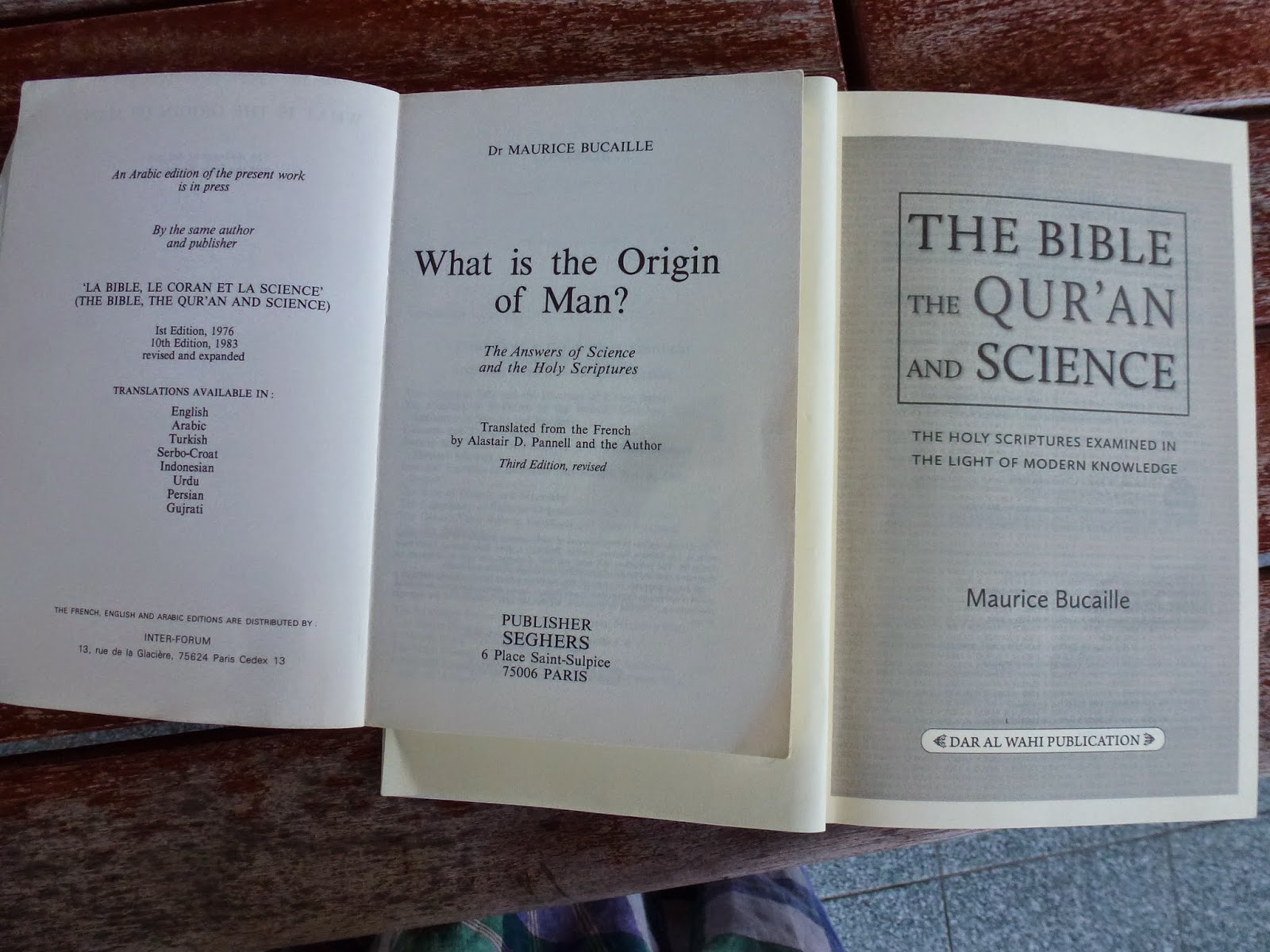 Assalamualaikom. Not many came to know about this miracle of Quran except few chosen people who are interested in studying deeply about Quran. You read this 'findings' about 30 years ago by reading whereas I came to know about less than 20 years ago when I attended weekly 'tafsir Quran' class. I managed to record this teaching on to a cassettes tape and kept it until today. Indeed, many astounding findings as we get into deeper and deeper the Quran.
Alhamdulillah. May Allah swt guide us all with the knowledge we learnt. Ameen.

Salam pakcik. Dr Bucaille, learning to master Arabic at the ripe age of 50, is an inspiration to me.

In fact with regards to trying to memorise the Quran, I'm also thinking.. masyaa Allah.. Rasulullah SAW started receiving the revelations at about 40 yrs old - and the Qur'an completed in 23 years.. Slowly, insyaa Allaah, may we be able to memorise and internalise more.

I marvel at your effort to keep on tapes what you value from a lecture. To day our younger generation have everything in computers.

There is no age limit to improving our religious knowledge. Perhaps studying AlQuran and trying to memorise some of the Surah may give a better return as we grow older, having learnt the areas we truly lack. I do not think you mean to try to start now to join the Tilawah AlQuran.

Keep it up and I hope you progress well, dear lady.

It has often been said that there is nothing like the original. This is especially true of the Al-Quraan. You should read its Arabic text if you are able to, otherwise be satisfied with its translation. As a translator in a law firm, I know that some message can be lost in translation. What more with Arabic which is one of the most difficult languages(English is very much easier to master). Dr Bucaille is perhaps lucky in the sense that being a Frenchman, it's easier for him to master Arabic compared to native speakers of "easier" languages. It's well known that French is also a difficult language.

I do not know French but it is certainly more difficult than French and I think Arabic is even more difficult. For most of us we have to rely on selected translations to understand Quran but it can never be the same. Experience in a law firm as a translator helps to appreciate such difficulties.