Hatinya baik (He had a wonderful heart) –Part 4

I have seen this first day more than seventy times. A lot of water has gone under the bridge, so to speak. And, if there is any left, how many more are there ahead? Wallahu A’lam.
The year just gone had many good moments. The few instances, which Makcik and Pakcik accepted with sadness, were the deaths of several very close to us, in particular Makcik’s own mother and her only aunt. And just about one week to the end of the year I was particularly saddened by the passing a national figure of whom I am writing below.
There is nothing to celebrate, really. Last night it was cats and dogs right through the night till almost dawn. Therefore open air first-day celebration in this world-class city was out of question.
This being the first day of the year I chose to close Almanar for the normal morning class, leaving just for the afternoon. And I made myself useful in the morning ‘supervising’ Makcik making my usual favourite home-made thick-cut marmalade. She ended with a batch of five tubs which should keep me happy at breakfast for another six months. 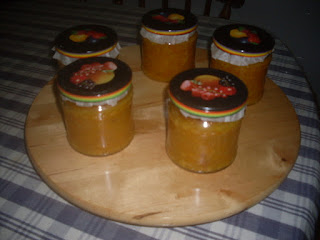 Soon after my afternoon class a middle age couple turned at our house. They are a husband-and-wife team planting vegetables for sale. They apparently heard that this old man by the sea had done wonders for free.
Would Pakcik kindly accept her daughter who had just obtained 3C’s and 2D’s (English and Math) in her recent UPSR exam? Whom should I pity, the vegetable growers or her poor daughter? It was not such a difficult question. Years ago I accepted an orphan with 2D’s in the same subjects and he converted them to 2 A’s three years later.
So that was my first day of 2012. This evening I am sitting to draft this posting.

B ) Hatinya baik (He had a wonderful heart) –Part 4 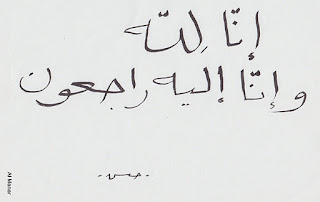 On 23rd December 2011, a Friday, once a minister in Prime Minister’s Dept, Tan Sri Dr Abdul Hamid Othman, passed away suddenly at the age of 72. I cannot claim to be more than an acquaintance to him. But he was a man I could not help admiring.

Had his son, his only child, not been a close classmate of my son during their secondary education at Sekolah Menengah Alam Shah, I would have never had the opportunity to know this very special man whose thought and vision I could share. That was in the 70’s when he was a lecturer at the University Kebangsaan. He used to call at my house in Damansara Heights and we had interesting talks on various subjects, particularly education. We shared a common beginning in education. The two paths in the forest, where I chose to take one leaving the other, were more or less the same paths; but he took the other. We would probably be friends at AlAzhar University had I chosen the path preferred by my parents.

We talked about St Andrew where he went to do his PhD in Islamic study, and I visiting the birth place of golf.

I remember how interesting it was doing research in Islam St Andrew’s University. He spoke very highly of the English professors’ knowledge in Islam and the Quran. I was not surprised when he said a number of them converted, but only after they had retired from the university.

He had high hopes for his son, Wafi, the like of my hope for my first son. He had wanted his son to reach the sky in education. Today I know deep in my heart how satisfied he had been to see the attainment of his loved one, obtaining first-class honours in law, a Masters in law at Cambridge, finishing with a PhD in maritime law, a chip of the old block.

I never wondered why the late Tan Sri was picked by Dr Mahathir to be his advisor in Islamic matters. I could not think of a better person, a quiet, humble and unpretentious great human being.

Many would miss arwah Tan Sri. I regret for not keeping in touch with him in his later days. All I can do now is to pray for him. Al Fatihah for him, and condolence to surviving members of his family.

I have been introduced to marmalade jam by a friend recently.. At RM 36 a kilo normal price.. He bought many kilo of that jam when it goes on sale at half the normal price and gave one for me to try.. But looking at the picture and reading the story maybe I will go to Kkallang Maras to learn how to make that delicious looking home made thick cut marmalade jam ;).
May the new year bring Allah's Magfirah, Rahmah and Pleasure to Abang Hassan dan keluarga.

Dear Pak Cik,
I know of the late Minister only by way of his position in the govt. From the years in the position he seemed and was a stabilizing factor and was not in any controversial episodes. He came and went into govt without big fanfare. Semoga ALLAH mencucuri rahmat bersama mereka yang soleh!

I am sorry, Ayah Wang. There is such thing as trade secret!

The man had not thought for personal glory, would create no wave unnecessarily, befitting his role as a religious adviser at the highest level.

Dear Pakcik,
Aaaahh...marmalade...love them to bits but Mama hasn't made them since the big move here. I wonder why....
We've never had the opportunity to meet with Allahyarham. Am sure he's a wonderful person, from the way you describe him. purrr....meow!

I am certain the daughter of the vegetable planter will achieve success with your guidance Pakcik. I have yet to find a tuition center for my youngest son sitting for SPM this year especially for the subject Add Maths..wish there is an Al-Manar branch here :)

re your reply to Ayah Wang, there goes my chance in learning how to make the marmalade..if I'd known mak cik was going to make them I'd gone to P.Maras to take a peek at the trade secret :-D ..but alas, I was too busy with my family during my long holiday in KT.

The good ones seem to leave us sooner than anticipated, hopefully to receive their early rewards.

Success,like richness, is relative. Almanar hopes to give something meaningful to these poor people but may not be quite what you expect for your boy. They have no guidance whatsoever at home. Good luck to your boy. He is lucky to have educated parents.

And yet again you have disappointed me.Orang tua ini sudah merajuk. You must be the one bringing home so much rain recently.

I am very sorry for this belated response. I am pleased to see your appearance. Hope all is well and we will see you more often.

Thousand apologies Pak Cik, I was busy with the family and stayed at home that even some neighbours were not aware that I was around.

The younger ones that you met do take most of my time whenever I'm home that even my mother complains sometimes..hehe..

This CNY I'd thought of going back but my mother doesn't give her green light for me to drive back.