To illustrate this point let us look at how two important centres of higher learning in Terengganu got their names changed since 1994, in a period of 17 years. There is nothing magical about the choice of 1994 other than that being the year I was drawn back with Makcik to Terengganu a state I had been away from for about 40 years – since before Merdeka of 1957. So in 1994 we moved into our retirement home which we had it named ‘Nuri’ giving that sense of aristocracy, especially if the owner does not belong to one. 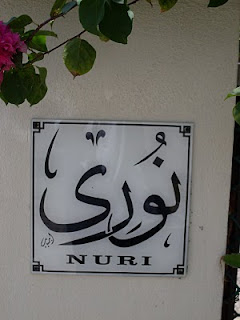 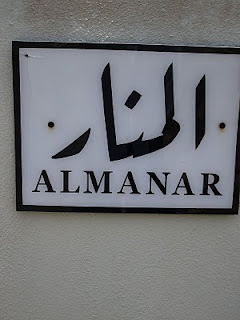 Now we go back to those two centres of learning I was about to describe. Coincidentally they form two important landmarks for visitors who intend to drive to our home (that Nuri) from Bandaraya Kuala Terengganu (upgraded from a simple ‘Bandar Kuala Terengganu’).

What used to be MPKT (Majlis Perbandaran) is now MBKT (Majlis Bandaraya) – giving Pakcik and Makcik the uplifting feeling that we are now living in a city, not just a town when we first returned here in 1994. We returned to a place somewhat rural and now a city dweller – thanks to the NAME. 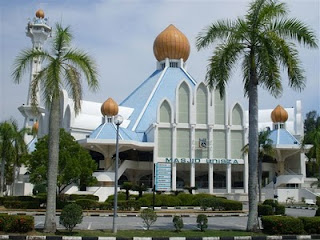 That change from KUSZA to UDM took place just under three years ago. I was greatly puzzled a couple of months ago, when driving home from bandaraya I saw workmen busy hacking away at the UDM sign board at the main entrance of the university. But I left it at that. Surprise, surprise, a few days later the sign board read Universiti Sultan Zainal Abidin (UniSZA). Quite used to name changes I have not bothered to enquire the reasons for the change – presumably it is stilled modeled after Cambridge. 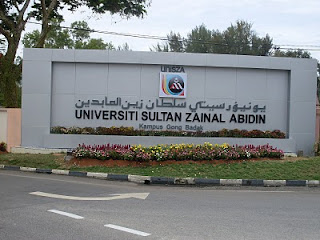 So when I went for my tarawih at my favourite KUSZA mosque a few evenings ago I could not miss seeing the new name ‘Masjid Universiti Sultan Zainal Abidin’ on the mosque. But I do not imagine that I would bother to learn to call this mosque by another name. Let me risk being branded non-progressive. I am not about to fool around with the name of one of HIS houses, as much as Masjidul Haram, Masjidul Nabawi and Masjidul Aqsa. After all, who knows it would not assume another name some time in distance future? Nothing is permanent.

(To be concluded tomorrow, insya Allah)

Dear Pkcik,
I came away from this post with one lesson. Stark and simple.

Looking forward to the conclusion.

Only name has changed, principal is remain unchanged.

Discovering new things of course. Meantime it seems to relate similarly to what I wrote just now. We like to make changes. Excellence when it is proper. Still with changes we erode the past too. In the case you mention the bearer of names may not even know its significance or justification. Wassalam

Ninotazia,
Has anyone said to you that he feels insecure and it scares him to be in the presence of someone who reads his mind? – a compliment to you, getting my whole message when I am just half way through.
Salaam from Pakcik

cikza
We will have to wait to see improvements if any.
Hope you would find time to drop by if you are around here this Hari Raya.
Selamat berpuasa.
Pakcik Hassan

KotaStar
You and I value continuity. We have lived so long and have seen so many events folding and unfolding, hence a lot to reminisce. You value quality and for that you have rebuilt the old house and beautify the ancient kris. But I notice you have not bothered to give them names.
Selamat berpuasa orang Kedah

Karim
Our people seem to pride ourselves with external adornment.
Ayah Ngah