By now all discussions and excitement over the results of UPSR examination should have petered out. For the children concerned and their families, it is still an unsettling time. It is so until the children are placed in their respective schools by mid-January. Strange enough, Pakcik have my concern that has nothing to do with my own family.

In April this year, Pakcik received an SOS from a primary school situated about 25 km away. The school serves a relatively poor community. There were just 40 pupils in standard 6. Could I help with a group of 20? UPSR results over the past years had been dismal, often a year without a single pupil with 5A’s; the best year on record was when 2 pupils scored that elusive result. How ironical it was when the country as a whole and the state of Terengganu in particular had been jubilant over great successes through the years.

Somewhat with a heavy heart but duty bound, Pakcik obliged the school. So the next five months saw Pakcik driving that 25km distance once a week. That was all I could afford. However, the sight of cheerful faces of about 20 small boys and girls, the age of my two younger grandsons in Kuala Lumpur, welcoming Pakcik, was reward enough. All the same as I watched the innocent faces I could not help asking myself, “Why should I do this for these children and not for my own flesh and blood?” 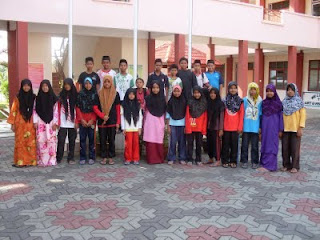 Finally, on the day the UPSR results were announced, an excited call came through just to tell Pakcik that THREE children from that school scored 5A’s. Of 40 candidates, this small number gives a success figure of 7.5%, a far cry from the state’s acclaimed performance of 15.3%. There was a celebration, nevertheless, as that was a new record for the school.

Yet away in Kuala Lumpur, the school headmistress of one of Pakcik’s grandchildren could not conceal her disappointment that only EIGHTY candidates of her school scored 5A’s, a drop from the previous NINETY; how ironical that was when in my corner of the country, a school celebrated over an increase of ONE pupil from TWO to THREE, a whopping 50% increase!

Who are the three pupils who jointly broke the school record?

1. A girl whose very poor father passed away barely two months before her UPSR exam. Without hard counseling and coaxing by her teachers the distraught girl would have abandoned school for good there and then.

2. A girl whose parents operate a small village food-stall.

3. A boy whose father braves the South China Sea in a small boat at the mercy of the weather – for a few ringgits a day or nothing.

One would expect the poor families to rejoice over the success. It came as a shock to learn that they would not allow the children to get into any boarding schools. They could ill afford the few hundred ringgits to prepare their children to join one. After all the village secondary school had been there for ages, within easy reach and for free. So what was the fuss all about? Their children and other children had been conditioned to accept this reality.

I was saddened by what I heard. Would the families concerned allow their children to go into boarding if there was a sponsor who would take care of all expenses, was my next question. The answer to Pakcik’s question came a few days later. Yes, in that case the families would allow the children to leave home. Accordingly, their teachers have helped to submit the necessary applications for the three children. .

It is Pakcik’s hope that the three children will get admission into a boarding school, giving hope for a better future for themselves and their families. It is strange that Pakcik have no such concern for my own flesh and blood. It is of no consequence that they do not wish be separated from their parents, but these three from this community do. Perhaps, this may be a prelude to Almanar starting the sponsorship/anak-angkat scheme, an idea that Pakcik have been towing with for some time.

Will 2010 promise another record-braking year for this school and its poor children? Pakcik have been requested to continue helping next year’s standard six but teachers see gloom ahead. I was horrified to be told that of the new group of about 40 pupils moving from standard 5 to standard 6, TEN pupils, or 25% of them, do not know how to read and write! “ Pakcik’d better believe this”, I was warned. I can only give a sigh – negeriku, tanah tumpah darahku, kebanggaanku. 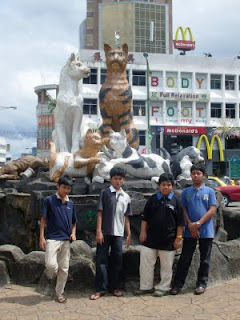 You have at least one sponsor waiting in the wings. Please get that sponsorship thingy started, Pak Cik..

You never fail to amaze me...for a person of your age...

May Allah bless you and makcik...

Kama,
InsyaAllah. I will keep this blog posted on this subject, and thank you for your support.
Pak Cik

Umi,
People like you, having gone through life as described in your books, help people like me to keep going. Support comes in many forms.
Pakcik

Salam Pak Chik,
May Allah blessed all your noble deeds and good intentions.Like Dr Umi,I am also amaze at your never-ending spirit and aspiration.

Al Manar,
Please let me know once you start the sponsorship program. Although I am a retiree and not as prosperous as in the past I will willingly contribute whatever I can.
Salam

madam gold
Do-gooders draw aspiration from us who help to inspire them. Thank ou madam.
Pakcik

NanaDJ
Bless your good heart, NanaDJ. Let us pray we, retirees, will remain tireless to the end. Salaam to you.
Pakcik

I really wish I could sponsor those students but I could not.Pak cik,your noble effort is not in vain.Three pupils have proved it.

1994 was the year Almanar was established. Cikgu Him did volunteer to teach Bahasa Melayu for a few months in around 1997 until his other voluntary work became too heavy to continue. Pakcik still hope to see you and family.
Pakcik

Thank you for the excellent job in chemistry you did for Almanar pupils. They enjoyed yourclass and benefited from it, looking forward to your future free time. This is great enough contribution from you and I cannot hope for more. For now my greatest wish is to see you graduate with a first class honours.
Pakcik

I have been following this blog for some time now and I like with what you are doing. Is there any other way that I could get more information about Al-Manar for you see I am living not far from Kuala Terengganu and I would like to contribute something to Al-Manar, monetary or otherwise.

Salam Ma'al Hijrah from Sofian and myself...

We are now in Langkawi..

I am heading the organizing work for international conference on Robotics (RoViSP2009) held here at Awana Porto Malai, for the weekend. Yesterday, we picked up one of the keynote speakers who just arrived from Austin, Texas, U.S.

Rozi,
There is always something we all can do, even just an idea. To know a bit more please e-mail Pakcik:
almanar@pd.jaring.my. Selamat maal Hijrah kepada Rozi.
Pakcik.

Umi,
What an important mission you have to usher the new year. Of course you can perform well and I am pleased to share the joy.Hope Ma'al Hijrah will bring with it additional challenges and more success.
Pakcik

Dear Pak Cik,
Congratulations, that was really a great achivement!

You have never failed to make me cry over your stories. It reminds me of myself. I am really grateful that i've met someone like you.I really appreciate what you have given to me, and I hope I'll be able to help you soon.

Nadirah,
You yourself are a succss story, a reason, a cause, a reward that keeps me going. I will be too pleased to attend your convo.
Pakcik